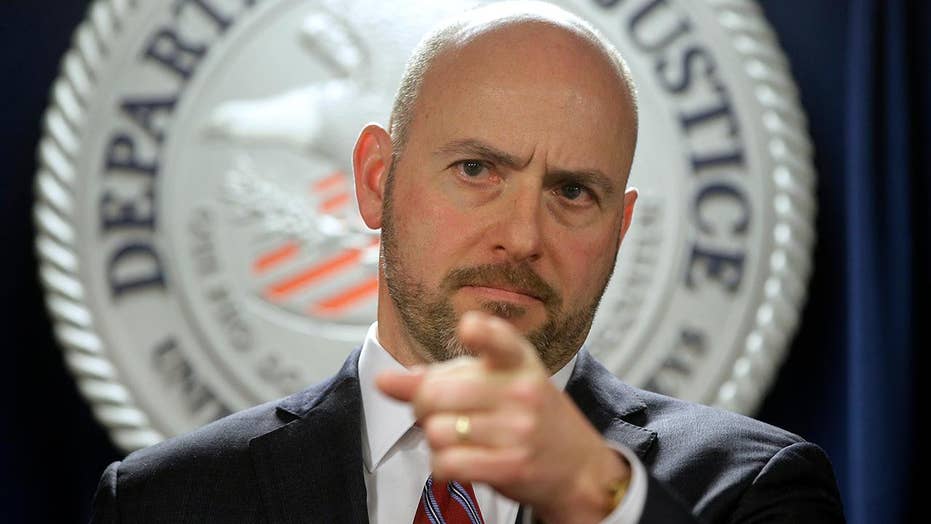 A total of nine college coaches and one high-ranking athletics administrator were indicted by the Justice Department on Tuesday in connection with a nationwide scheme in which wealthy parents allegedly spent big to place their children in top universities.

The coaches, who represented the University of Southern California, Georgetown, Stanford, Texas, UCLA, Wake Forest and Yale, have led a variety of what are termed "non-revenue" sports, which is to say, sports that are dependent on the largesse provided by their university's football and basketball programs. They have won conference and national championships; one of them, USC men's and women's water polo coach Jovan Vavic, was named his conference's "Coach of the Century."

All the coaches and administrators are charged with racketeering conspiracy unless otherwise indicated. Here's what we know about them.

Jovan Vavic: A native of the former Yugoslavia, Vavic led the women's water polo program at USC since its inception in 1995 and took the helm of the men's program in 1999. Since then, the two programs have won a total of 16 national championships (10 for the men's team and six for the women's team) and Vavic has been named the National Coach of the Year 15 times. In 2015, the Pac-12 Network named Vavic Men's Water Polo Coach of the Century as part of its celebration of the conference's 100th anniversary.

According to the indictment, Vavic accepted bribes totaling more than $250,000 to designate two prospective students as recruits, thereby smoothing the path for their admission to USC. The university announced Tuesday afternoon that Vavic had been fired.

Ali Khosroshahin: Khosroshahin was head coach of the USC women's soccer team for seven seasons before he was fired following the 2013 season. He led the Trojans to the national championship in 2007, his first season on the job, and made the NCAA tournament in four of his seven seasons. According to his LinkedIn page, Khosroshahin is currently the owner of the amateur United Premier Soccer League's Newport Futbol Club

Laura Janke: A former player and assistant coach under Khosroshahin at Cal State Fullerton, Janke followed him to USC as an assistant working primarily with defenders and goalkeepers. Janke lost her job along with Khosroshahin following the 2013 season and is currently listed as the Physical Education Department chair and educator at the Geffen Academy, a sixth-through-12th-grade school affiliated with UCLA.

The indictment alleges that the two accepted $350,000 in exchange for designating four prospective students as recruits.

Donna Heinel: Heinel, a senior associate athletic director and one of the highest-ranking members of USC's athletic department, was fired Tuesday in the wake of her indictment. Prosecutors allege that she received more than $1.3 million to help smooth the way for more than two dozen students to enter USC between 2014 and 2018. Over the summers of 2016 and 2017, Heimel allegedly received a total of $100,000 from actress Lori Loughlin and her husband, Mossimo Giannullo, whose daughters were recruited to the USC women's crew team despite having no rowing experience.

"It is immensely disappointing that individuals would abuse their position at the university in this way," USC Interim President Wanda Austin wrote in a letter to employees. "As our work on culture and values continues, we must take the appropriate action when we become aware of behavior that is contrary to our values ... We will continue to cooperate fully with all law enforcement and regulatory investigations."

Former men's tennis coach Gordon Ernst is named in the indictment. He allegedly received $2.7 million in bribes, which were labeled "consulting fees" from charitable accounts set up by admissions consultant Rick Singer, who prosecutors say was the central figure in the scheme.

In a statement, Georgetown spokeswoman Meghan Dubyak said Ernst had not coached the men's tennis team since December 2017 "following an internal investigation that found he had violated university rules concerning admissions." Dubyak added that the university had "cooperated fully with the government’s investigation" and was "deeply disappointed" in Ernst's alleged actions, which she described as "an unprecedented breach of trust."

Ernst was hired to coach the women's tennis team at the University of Rhode Island in August 2018. A university statement said that Ernst had been placed on administrative leave and noted that he "has not been involved in the recruitment of any current players nor in the signing of any new recruits."

Stanford head sailing coach John Vandemoer pleaded guilty in federal court in Boston Tuesday, admitting that he conspired with Singer to pretend two prospective students were competitive sailors in exchange for payments to the Stanford sailing program. Neither student ended up attending Stanford.

The university confirmed in a statement that Vandemoer, who has coached sailing at Standford since 2009 and previously held the head job at the U.S. Naval Academy, has been fired, saying that his "alleged behavior runs completely counter to Stanford’s values.

"Based on the Department of Justice investigation to date, we have no evidence that the alleged conduct involves anyone else at Stanford or is associated with any other team," the statement went on. "However, we will be undertaking an internal review to confirm that."

Longtime Longhorns men's tennis coach Michael Center was placed on administrative leave after he was charged with conspiracy to commit mail fraud and honest-services mail fraud. Center, who has been at the university since 2000, allegedly accepted a $100,000 bribe in exchange for designating a prospective student as a tennis recruit. The student was admitted to the university on a partial scholarship in the spring of 2015 and was added to the tennis team's roster. Shortly after beginning classes that fall, the student withdrew from the tennis team and renounced his scholarship, but remained at the university.

University spokesperson J.B. Bird said Center's alleged actions "run counter to the university’s values," and added, "Based on what we know at present, we believe this was an isolated incident in 2015 that involved one coach and no other university employees or officers."

Center's teams have reached the NCAA tennis championship tournament in all 18 years of his tenure and made the final four three times: in 2006, 2008 and 2009.

UCLA men's soccer coach Jorge Salcedo was placed on leave after the indictment was announced. He is accused of accepting $200,000 to help get one female student and one male student admitted to the university in 2016 and 2018, respectively. Prosecutors say at least one of the payments was directed to a sports marking company Salcedo controlled.

"The conduct alleged in the filings revealed today is deeply disturbing and in contrast with the expectations we have of our coaches to lead their teams with honesty and integrity," UCLA said in a statement. "If the facts alleged are true, they represent a grave departure from the ethical standards we set for ourselves and the people who work here."

A former Major League Soccer player, Salcedo was hired as head coach of the Bruins in 2004. His teams have made the NCAA tournament in 13 of the last 14 seasons, reaching the championship game twice (2006 and 2014). In addition, 38 Bruins have been drafted by Major League Soccer (MLS) during Salcedo's tenure, boosting the program's attractiveness to recruits.

Women's volleyball coach Bill Ferguson is accused of accepting $100,000 from Singer to help a prospective female student get into Wake Forest after she had been put on a waitlist. Wake Forest said Ferguson had been placed on administrative leave.

Ferguson was hired by Wake Forest in 2016 after spending a decade coaching men's volleyball at USC, during which time he led that program to three NCAA volleyball Final Fours. He'd had less success as the head coach of the Demon Deacons, compiling a 32-61 record over his three seasons in Winston-Salem.

"The alleged conduct is in direct conflict with the values and integrity of Wake Forest and its athletics program," University President Nathan Hatch said in a letter to the university's students, faculty and staff.

Tuesday's indictments were an inglorious coda to the 24-year coaching career of Rudolph "Rudy" Meredith, who resigned as women's soccer coach at the Ivy League institution this past November after 24 seasons in the job.

Prosecutors say Meredith received $400,000 in early 2018 after falsely designating a prospective Yale student as a women's soccer recruit. Ivy League schools like Yale do not give athletic scholarships, but its member universities have increased the amount of financial aid to admitted students in recent years, making it easier to recruit athletes who previously would not have attended those schools.

According to the indictment, Singer sent the student's resume and personal statement -- which included an art portfolio -- to Meredith in November 2017 and promised to "'revise' the materials to 'soccer.'"

In the spring of 2018, prosecutors say, Meredith met with the father of another prospective student in a Boston hotel room and agreed to designate the man's daughter as a women's soccer recruit in exchange for $450,000. The father agreed and gave Meredith $2,000 in cash as a down payment. The meeting was recorded by FBI agents.

Meredith's charges include conspiracy to commit wire fraud and honest-services wire fraud. The Hartford Courant reported that Meredith has agreed to plead guilty and has been cooperating with the federal investigation since April 2018.

"As the federal charging document makes clear, the Department of Justice believes that Yale’s Office of Undergraduate Admissions has been the victim of a crime perpetrated by its women’s soccer coach, who is no longer at the university," the university said in a statement. " ... The Office of Undergraduate Admissions relies on varsity coaches to provide honest and expert evaluations of individual applicants’ athletic accomplishments and potential to contribute to a varsity team. The Admissions Committee considers these evaluations alongside the other components of an applicant’s file, but only students whose applications demonstrate their ability to succeed in the academic and residential components of the Yale experience are admitted."