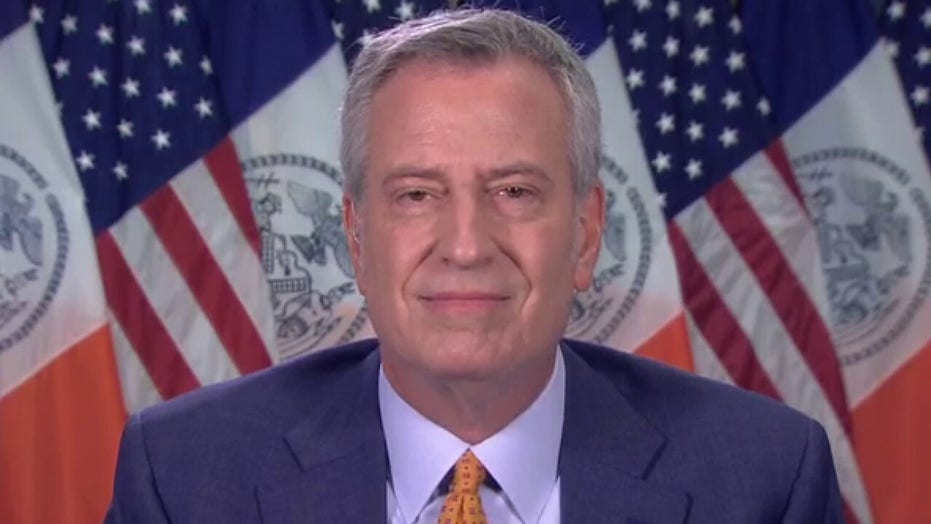 Three decades ago, it was the crime capital of the world.

Now, New York City – spanning the five boroughs of Manhattan, Brooklyn, Bronx, Queens and Staten Island – has become a mere shadow of its former self, as the coronavirus forces the population into lockdown. While overall crime rates initially fell in March, rebellion throughout May has steadily spiked, and concerns of a return to the heyday are emerging — but some bemoan that it is only the criminals who have handguns.

So, how hard is it for a regular New Yorker to obtain a concealed carry permit (CCW)? Next to impossible.

"New York City is one of the most restrictive CCW jurisdictions in the country, and it is very hard to get. On average it takes between six and nine months. It's recommended that one use an attorney who is experienced in the process," Nino Bosaz, the New York-based editorial director of Athlon Outdoors, told Fox News. "The initial application usually results in a denial that must then be appealed. The city does not generally recognize an individual right to carry outside the home, and tie the carry license to a business, where the applicant must prove a 'justifiable need' to carry concealed."

PUBLIC HEALTH VERSUS PUBLIC SAFETY: CONFUSION LOOMS AS SEX OFFENDERS ARE RELEASED FROM INCARCERATION ACROSS THE COUNTRY

And what exactly constitutes a "justifiable need?" There are really only three ways for a law-abiding New York City resident to obtain a CCW handgun license, experts note.

"No. 1 is proof that you regularly carry a significant amount of cash or jewelry as part of your business and can document it to the NYPD's satisfaction," Bosaz explained. "No. 2 is a recent, documented death threat that NYPD deems credible. The death-threat justification seems to be a completely subjective decision that many observers would make different conclusions on."

No. 3, Bosaz says, is to be what the governing authority classified as a celebrity.

CCWs in New York City operate under a "May Issue" directive, which means that the granting of a pistol license is entirely at the discretion of the issuing officer. Moreover, New York City neither acknowledges permits and licenses from other states, nor those issued in any other county in New York state.

According to the United States Concealed Carry Association (USCCA), concealed carry is only permissible with a New York Pistol License (NYPL), which requires the permit holder to be at least 21 years old – with the exception of honorably discharged military members who can be any age – and are deemed to be of good moral character, not the subject of a protective court order, and who have not been treated for mental illness.

Lou Palumbo, owner & CEO of New York-based The Elite Intelligence and Protection Agency, underscored that over the past few decades, anti-gun officials are increasingly resting on national mass shooting tragedies as a reason to approve fewer CCWs.

"It has become increasingly more difficult to provide justification to obtain a concealed weapons permit. The momentum or trend started to manifest itself during the Clinton administration, where laws governing the possession of weapons, in general, began to tighten," he explained. "A much broader discussion needs to be in place."

A man drawing his modern polymer (Glock) .45 caliber pistol from an IWB (inside the waistband) holster under his leather jacket. (iStock)

Initial applications are only accepted online, and follow-up interviews are scheduled from there if one makes it through that first hurdle. If a person gets denied, the application fee (currently $340) is non-refundable.

The whole protocol is not by any means in keeping with the Second Amendment, Bosaz says, pointing out that “the fees are exorbitant, and that authorities require you to answer intrusive questions unrelated to the exercise of a civil right and you need the OK of people you may live with."

"No other civil right is so burdened. One can be denied for frivolous things such as excessive unpaid parking tickets," he continued.

It is unclear exactly how many CCWs are currently valid in New York City, and the city does not provide readily available statistics. However, a combing of public records by The New York Times in 2011 found that about 4,000 people had permits to carry concealed handguns citywide. The vast majority tended to be retired cops, active security guards and business owners who handle significant amounts of cash, along with a few well-to-do famous names.

Indeed, some say it does help to have some fame, a lot of fortune and be friends with the mayor or in a position of power.

Earlier this year, Brooklyn Borough President Eric Adams announced in a podcast interview with FAQ NYC that he would carry a gun and dismiss his security detail if elected the next mayor of New York City, proclaiming that the mayor should "be walking the street by himself."

Adams, a retired NYPD officer coupled with being part of the city's top brass, is one of the few residents who typically qualify for a CCW in the Big Apple. Other public figures, including Robert De Niro and Howard Stern, have long been rumored to also have concealed permits, along with former Manhattan resident-turned-president, Donald Trump.

And with much of the city still shuttered for the pandemic and hundreds of inmates released from Rikers Island over fears of further spreading COVID-19, it's unclear precisely how crime trends will shift in the coming weeks.

Shootings, burglaries and auto thefts at New York’s public housing complexes have soared during the coronavirus lockdown, the New York Post reported, with auto thefts rising 38 percent in the month ending May 10, while shootings and burglaries have spiked 17 percent. However, the other five major crime categories – murder, rape, robbery, grand larceny, and felony assault – remained stable or dropped.

But the issue of overturning the stringent CCW legislation remains ripe for debate, attracting a bevy of concerns from gun control groups who contend that legislation that would lead to more CCWs is a recipe for disaster. On the other end of the spectrum, Second Amendment experts vow that those city laws are a flagrant violation of every American's constitutional rights — and it is time to make a move on it.

"NYC's State and Federal Courts of the 2nd Circuit, Southern District are extraordinarily hostile to the Second Amendment. This matter will only be solved via the U.S. Supreme Court to take a 'may issue carry case' and declare it unconstitutional," Bosaz added. "Right now, criminals carry with impunity, and even if they don't carry guns, they can murder you with a knife or their fists. Nothing is more important than having the ability to protect ourselves and our families."