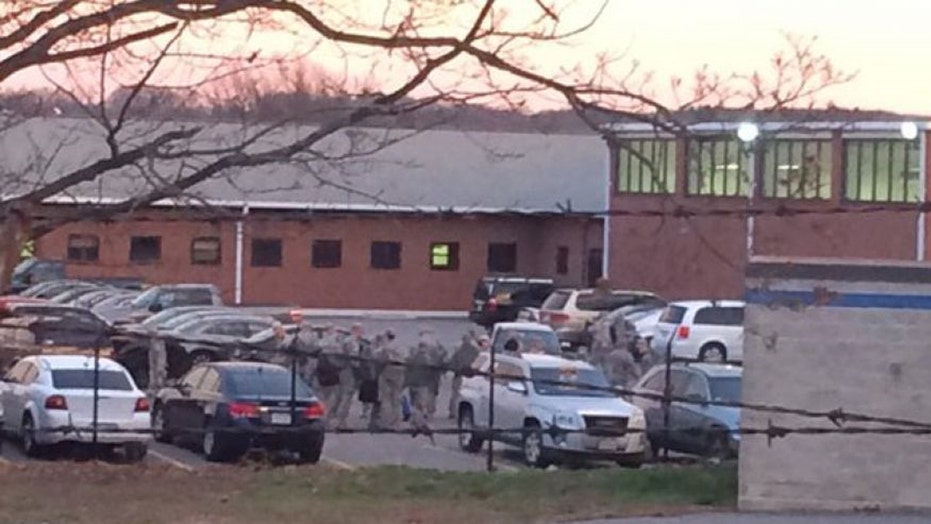 High-powered weapons stolen from Army base

16 guns have been stolen from Massachusetts Army Reserve building

The FBI was assisting authorities in Massachusetts in searching for weapons that were stolen from an Army Reserve training and recruitment facility this weekend.

Massachusetts Gov. Charlie Baker confirmed the burglary at a State House press conference Sunday afternoon. State officials have ordered security stepped up at sites around the state after Friday's terror attacks in Paris that killed at least 129 people and injured more than 250 others.

It was not immediately clear how many or what type of weapons were taken. FBI spokeswoman Kristin Setera said the agency had no indication that the missing weapons were connected to terrorism.

"We have entered those weapons into NCIC, a national database, and alerted our federal, state and local law enforcement partners," Setera said. "We are collaborating with Massachusetts State Police, Worcester Police and others to locate and recover these weapons immediately."

WFXT reported that evidence response resources were at the facility Sunday investigating the break-in. They walked the perimeter of the armory, combing the area and taking photos around the fence that surrounds the facility.