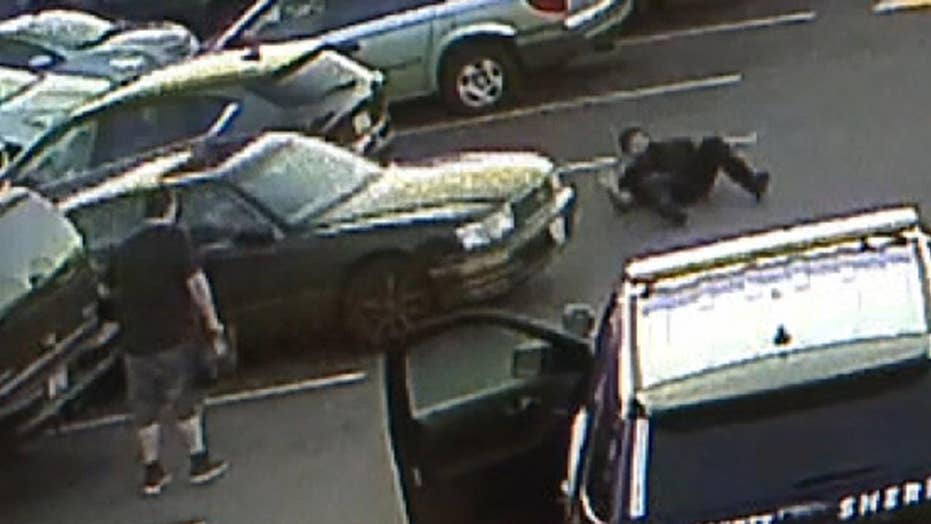 A police officer in Washington state was injured Monday when a shoplifting suspect intentionally struck the cop with her car in a grocery store parking lot, cops said.

In surveillance video from the store released by the department, the deputy can be seen pulling up and attempting to chase the suspect before the car accelerates and strikes the deputy, sending him into the air.

“As soon as he got around the corner the car took off,” Sergeant Ryan Abbott told Q13 News. “She could have hit or killed anyone else that was there."

Video footage taken before the fatal shooting of a Pennsylvania man by a suburban Chicago police officer shows a struggle with the armed man who was wanted in the death of another man.

The sheriff's office said the deputy sustained non-life threatening injuries and was transported to an area hospital.

Investigators found the vehicle involved in the incident but did not find the suspect.

Authorities are now looking for 18-year-old Khalia Wimberly in connection with felony assault and robbery charges. Investigators told Q13 News that Wimberly was driving the car that struck the deputy.