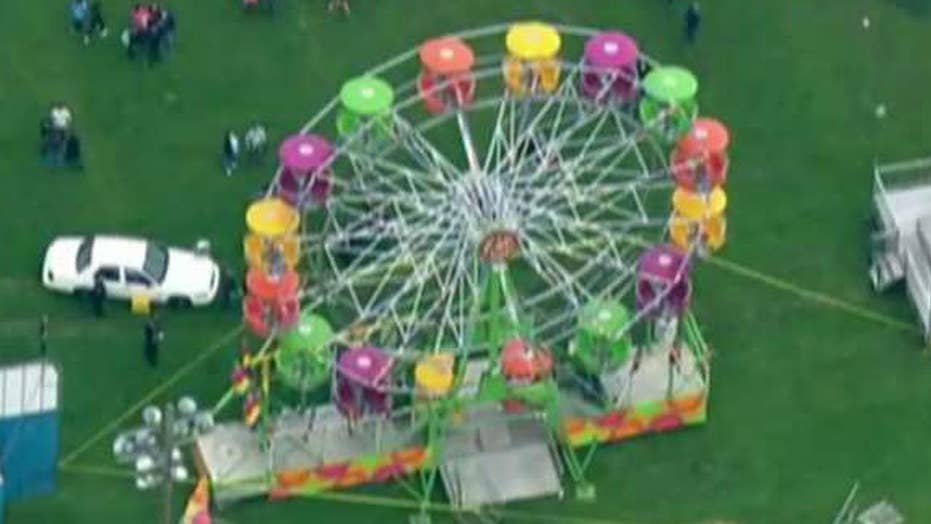 3 injured after falling off ferris wheel at Washington fair

Two women and a 7-year-old boy are recovering after falling from a Ferris wheel in Washington state.

The two women and the boy fell 15 to 18 feet and landed on the ride's metal flooring. Officials said one woman, 59, is in serious but stable condition at Harborview Medical Center. She was transported to the hospital at around 7 p.m. Thursday in critical condition.

The injuries to the other woman and the boy weren't life-threatening.

The ride was shut down and cordoned off for an investigation.

The festival said authorities and the company that owns the carnival equipment are investigating.