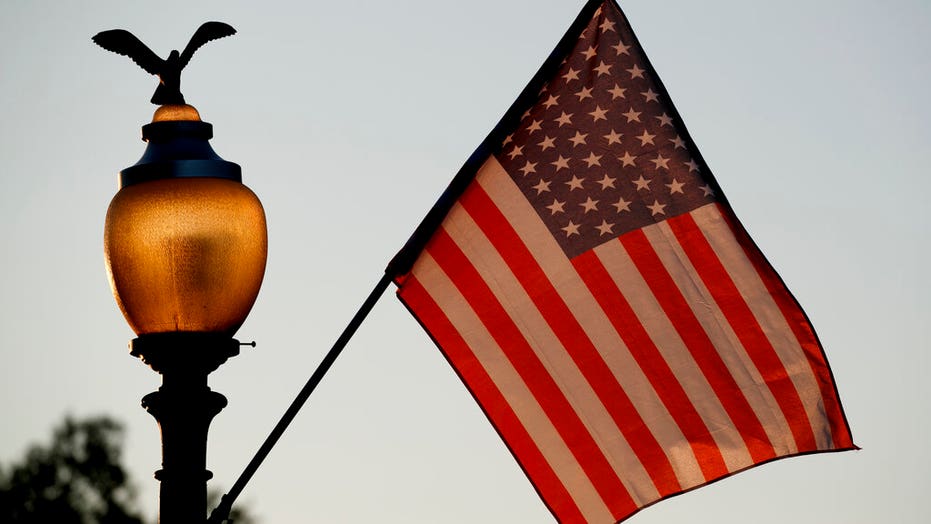 The nation's capital has lined Pennsylvania Avenue with 51-star American flags as the city of Washington, D.C. prepares for a hearing on statehood this week.

Roughly 140 flags were put up by District Mayor Muriel Bowser's office and can be seen down Pennsylvania Avenue NW lining the space between the White House and the U.S. Capitol.

Flags fly at sunset with 51 instead of the usual 50 stars, along Pennsylvania Avenue, part of a display in support of statehood for the District of Columbia. (AP Photo/Jacquelyn Martin)

The mayor's office organized a parade Monday morning down the famed street in the heart of the capital. Bowser and military veterans will walk "to call on Congress to grant voting rights and full representation to DC’s 702,000 residents, including 30,000 veterans," according to the parade's Eventbrite page.

On Thursday, the House Oversight and Reform Committee is scheduled to hold a hearing, initially scheduled for July, on a bill proposing statehood for the District of Columbia. The bill seeks to have the city “admitted to the Union on equal footing with the other states.”

The bill calls for districtwide elections of two senators and one House representative. It says all district territory would be included in the declaration, save for specific exclusions of federal buildings and monuments, such as the White House.

The last full House committee hearing on a District statehood bill was in 1993.