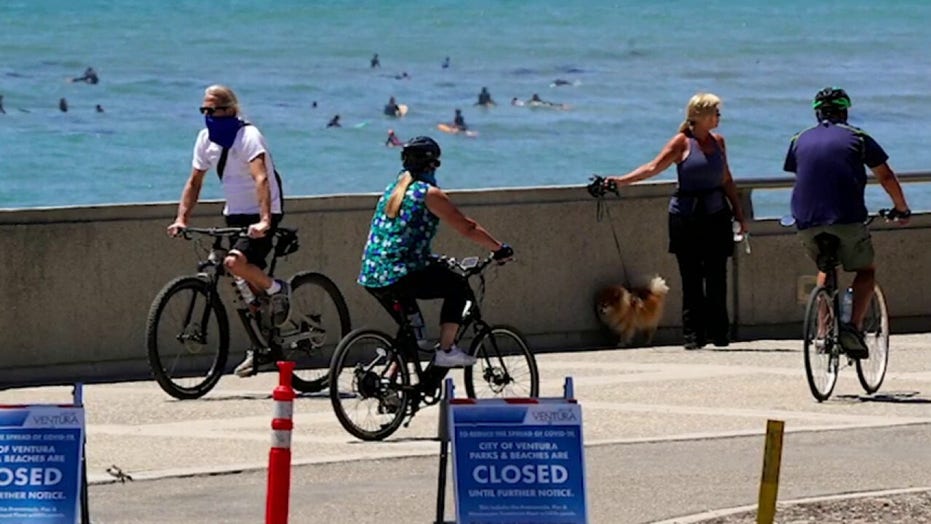 Some states are deterring from White House guidelines to reopen while other states extend stay-at-home orders; Byron York reacts.

Residents will be allowed to play golf, go fishing and hunting, and use state parks and public lands previously shuttered to help curb the spread of COVID-19, beginning May 5, Inslee said. Public gatherings, team sports and camping are among the activities still banned.

Inslee cautioned that the move was only a “beginning phase” of easing restrictions and was “not a return to normal.”

City guidelines for Seattle parks ask that people stay at least six feet apart, not to congregate and to keep moving to help prevent spread of the coronavirus. (AP Photo/Elaine Thompson)

“If we see a sharp uptake in the number of people who are getting sick or are not following appropriate steps, then we won’t hesitate to scale this back again,” he said in a news release.

Inslee announced earlier this month that a planned reopening will be in phases. While residential construction resumed last week with proper health and safety measures, Inslee told reporters Friday that his administration was taking it slow with other industries.

A protester holds a sign that reads "Let Us Fish" on a boat on Lake Union near Gas Works Park in Seattle on Sunday during a protest against Washington state's current ban on fishing. A day later, Inslee permitted fishing among other outdoor activities. (AP Photo/Ted S. Warren)

"I can't say when other businesses will open," he said Friday during a press conference, according to KOMO News. "The date for opening other businesses is certainly not today. It would be way too dangerous."

Washington was one of many states last week where protesters rallied to end statewide stay-at-home orders and send people back to work to revive the battered economy. 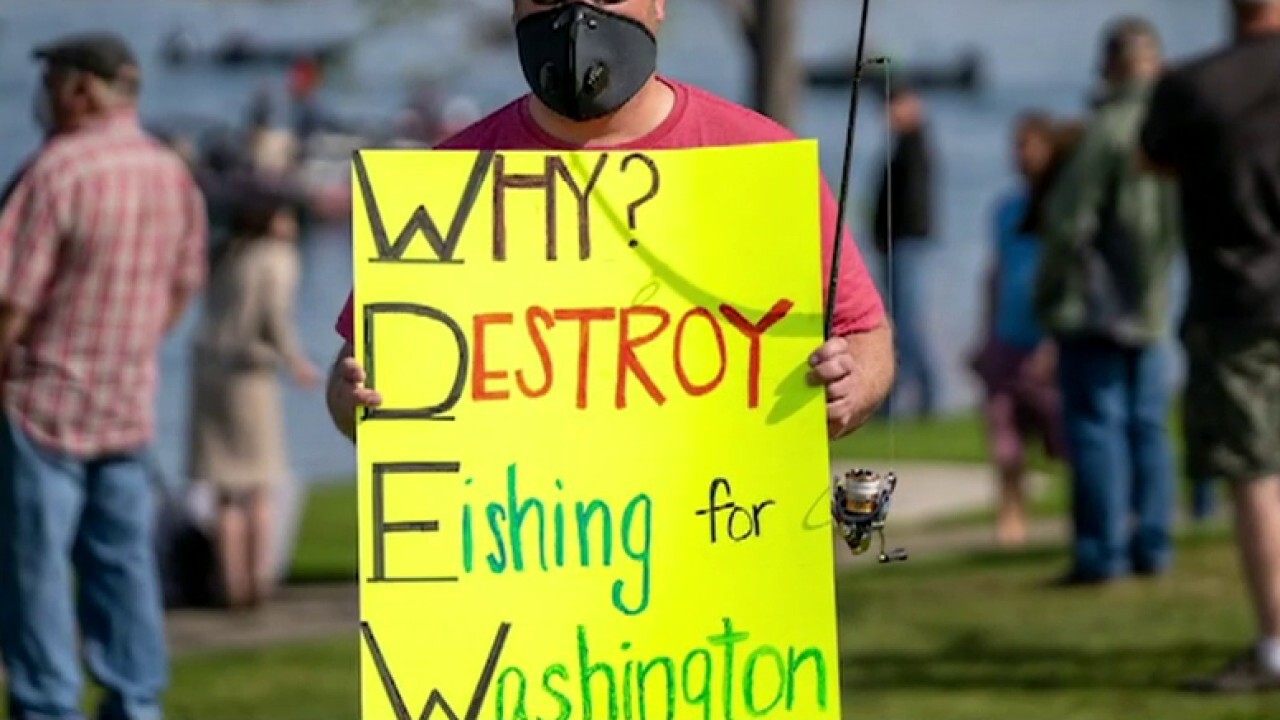 The move to allow some outdoor recreation was described as the second step in reopening Washington’s economy. Inslee gave no timeline Monday, saying it would depend on data, the Seattle Times reported.

The disease has sickened at least 13,686 people in Washington, killing 765 as of Monday, according to the state health department.