A Washington man allegedly passed a responding officer as he fled his estranged wife's home with her tied up in the trunk last month, neighborhood video shows. (Lacey Police Department)

FIRST ON FOX: The Washington woman who used her Apple Watch to make a desperate 911 call while bound and gagged before being buried alive used it once before during another domestic assault, according to police documents.

In October, police arrested Chae An after he allegedly ambushed his estranged wife at home in a dispute over money in their ongoing divorce battle, tied her up, drove her into the woods, stabbed her and dumped her in a shallow grave.

In that case, despite her restraints, she was able to call 911. Though she couldn't speak, the dispatcher could tell something was wrong and sent an officer to her home. Surveillance video from a neighbor’s home shows Chae An’s van fleeing the scene, passing the responding officer. Although Chae An allegedly smashed the watch with a hammer, the line remained open and the officer can be heard announcing his arrival.

Young An played dead for hours before she snuck out under cover of darkness and ran to the first house she could find, where the residents called deputies for help.

Police found Chae An in the woods about six hours later, near the shallow grave he is accused of throwing his wife into. Police found fragments of the Apple Watch's glass screen stuck to duct tape recovered at the scene.

LISTEN TO THE HARROWING 911 CALL: 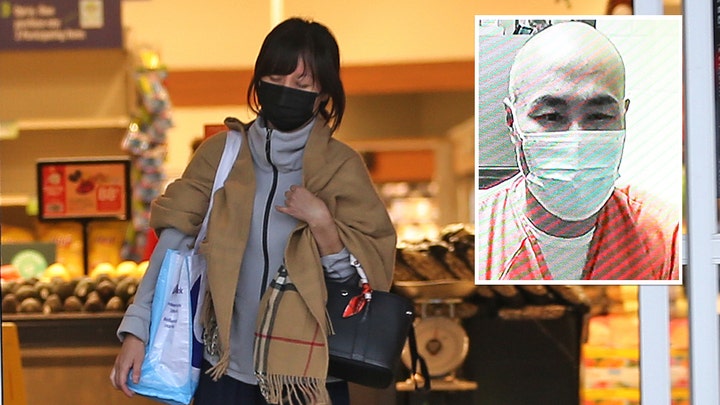 The 2021 incident began much like the harrowing kidnapping last month – with an argument over money and a muffled call to 911, according to an incident report obtained by Fox News Digital.

Around 2 a.m. on Aug. 28, 2021, Chae An allegedly awoke his sleeping wife and began an argument over access to her personal finances, according to the incident report. Their relationship was on rocky terms and they were sleeping in different bedrooms at the time.

Chae An pleaded not guilty in court on Tuesday, Nov. 1, 2022, to attempted murder and other charges after allegedly burying his wife alive. (Derek Shook for Fox News Digital)

"Recently, my husband wants to divorce me, and he has been hiding my military ID card, credit cards and changed the access to our joint bank account," she wrote in her witness statement. "So I changed my personal bank account access."

He told responding officers that she had been cheating on him and that after he attempted to reconcile by giving her $550 for golf lessons, he "found out that she had gone on a nice date with another man."

In the argument, he took her cellphone, yelled, shoved and dragged her, according to the incident report.

She used her daughter’s phone to call 911.

"There was a female on the line saying 'please help me' and disconnecting," the incident report reads, and the dispatcher sent an officer to the cellphone's ping location.

Then with her Apple Watch, Young An was able to trace her own phone to a trashcan in the house. She grabbed it. Her husband allegedly threw her to the ground and dragged her by the leg until she escaped outside, called 911 again from her own phone and ran to arriving police officers.

They spoke with Chae An at the front door and arrested him on charges of domestic violence assault and interfering with the reporting of a crime.

An order of protection issued in that case had been rescinded by the time of the buried alive attack.

Although the couple is going through a divorce, Chae An had been visiting the house about once a week to do laundry, according to investigators.