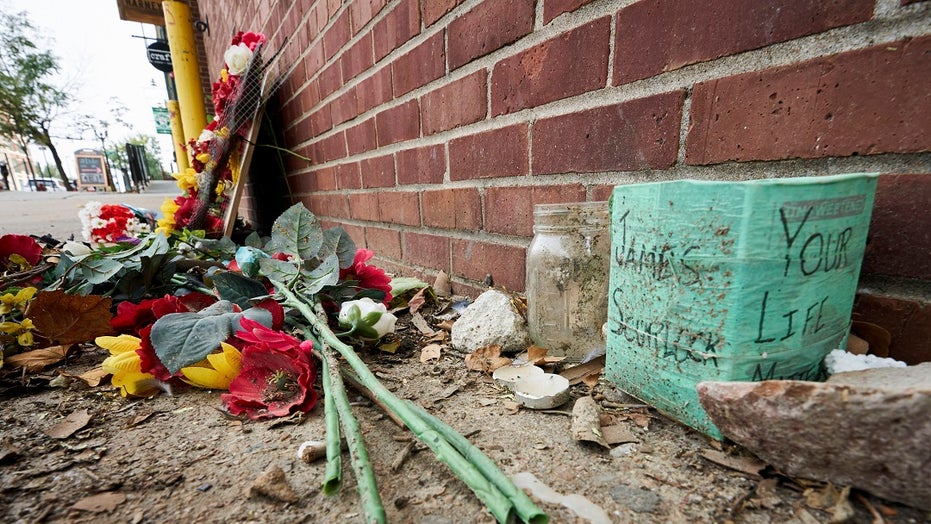 An arrest warrant is being issued for a White Nebraska bar owner accused of killing a Black man in May.

The warrant comes weeks after prosecutors declared the killing was done in self-defense.

A grand jury on Tuesday indicted Jake Gardner, 38, on charges of manslaughter, attempted first-degree assault, making terroristic threats and use of a weapon to commit a felony in the death of James Scurlock, the Omaha World-Herald reported.

A memorial for James Scurlock remains on Wednesday near where he was shot and killed on May 30, in Omaha, Neb. A warrant is expected to be issued for the white bar owner who fatally shot him. AP Photo/Nati Harnik)

Gardner allegedly killed an unarmed Scurlock, 22, after a heated exchange on May 30. Douglas County Attorney Don Kleine initially declined to prosecute Gardner, saying his actions were justified after reviewing video of the confrontation and witness interviews.

In the footage, Gardner can be seen standing outside one of his establishments in a heated exchange with a group of people during protests over the death of George Floyd. At one point, he backs away from the group before ending up on his back. A skirmish ensued between Gardner and Scurlock before Gardner fatally shot Scurlock.

“I can tell you that there is evidence that undermines (claims of self-defense),” Franklin said. “And that evidence comes primarily from Jake Gardner himself.”

Workers replace windows smashed in May at a business in downtown Omaha, Neb., on Wednesday, one day after a grand jury decided to charge a white business owner who fatally shot Black James Scurlock during civil unrest in downtown Omaha this spring with manslaughter and other charges. (AP Photo/Nati Harnik)

Gardner reportedly left to California after the shooting. Franklin has spoken with Gardner's attorneys about turning himself in.