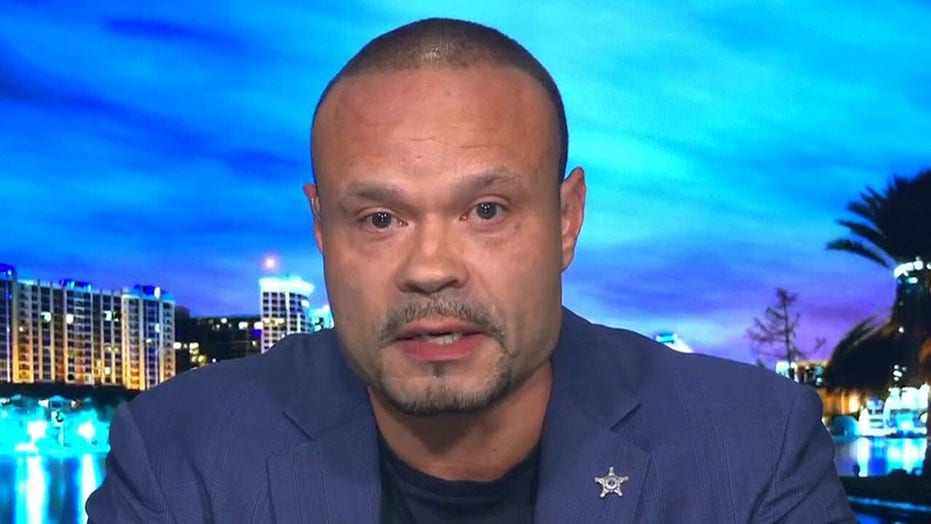 Some protesters are practicing “pure unadulterated savagery,” former NYPD officer and Secret Service agent Dan Bongino told “Fox & Friends Weekend” on Sunday reacting to the shooting of two Los Angeles County sheriff’s deputies and the protests that followed at the hospital where they were being treated.

A manhunt was underway in California and the two sheriff’s deputies were “fighting for their lives” on Sunday after the deputies were shot in their patrol car around 7 p.m. Saturday by a suspect who “opened fire without warning or provocation,” authorities said.

A handful of anti-police protesters showed up at the hospital, but soon dispersed after some tense moments with authorities who were guarding the entrance, KABC reported.

Protesters were blocking the entrance to the hospital emergency room and yelling, "We hope they die," referring to the two deputies, the Los Angeles County Sheriff’s Department said.

The deputies, a 24-year-old man and a 31-year-old woman, were both in critical condition as they underwent surgery following the attack, which occurred outside a Metro rail station in Compton, according to the Los Angeles County Sheriff’s Department.

The deputies were out of surgery by 11 p.m. PT, according to KABC-TV. An update on the conditions of the two deputies was not immediately available Sunday morning.

“We can only pray she pulls through this along with her partner,” Bongino, a Fox News contributor, said.

“You have holiday seasons coming up right now, you have police officers who have been taken from us, hopefully … let's pray to God she pulls through, but you have these empty seats again around Thanksgiving tables, around Christmas trees, where moms and dads who were killed in the line of duty simply for wearing a uniform or putting on the badge are not going to be there.” 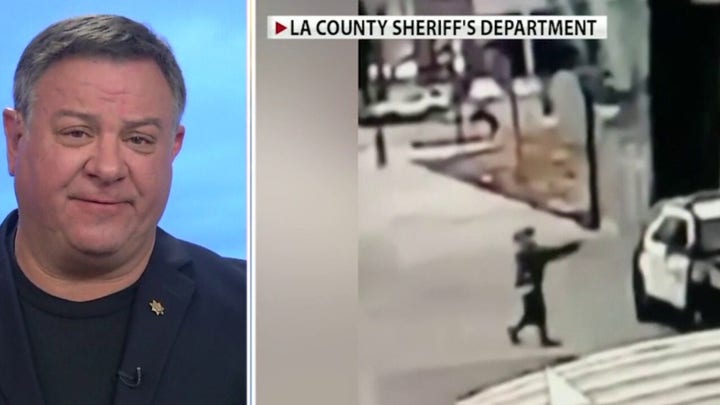 “They’re not animals because I have a dog now and my dog knows right and wrong,” Bongino said. “So you have savages that show up at the hospital while the mother of a six-year-old is fighting for her life for the very act of showing up and protecting your community, is shot and nearly killed and they're screaming that we want her dead or whatever kind of savagery.”

He then went on to note that “we live in a strange time … where there's this perception that all ideas are worth hearing.”

“You know what you're not worth hearing. You're a loser okay,” Bongino said referencing the protestors who showed up at the hospital after the deputies were shot.

“Your garbage, and you're not worth hearing out,” he added, noting that “they don't even have a basic semblance of what's right and wrong.”

Bongino noted on Sunday that a lot of the protests that have taken place during the day following the death of George Floyd, a Black man, in Minneapolis police custody in May, “was peaceful.” 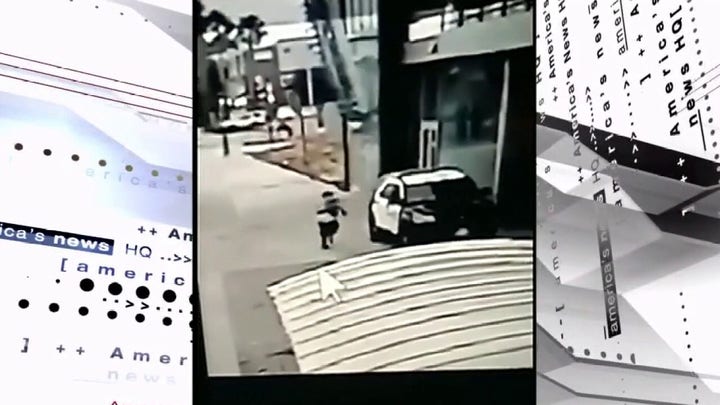 “What happens at night, 99% of the time, it’s not peaceful, it's not even a protest,” Bongino said. “What are you protesting? How do you negotiate with people who are practicing pure unadulterated savagery?”

There has been a growing push to defund or dismantle police departments following Floyd’s death, which led to protests often turning violent in cities across the country.

He added, “How the hell do you negotiate with a group of people outside of the hospital with two heroic cops fighting for their lives, who just showed up for work, people screaming that they want them dead?”

“Please tell me how you sit down at the table and smoke the peace pipe with them? I'm open to hearing it. Let me have it,” Bongino continued.

FBI Los Angeles tweeted it has “offered resources and stands ready to assist” in response to the attack.