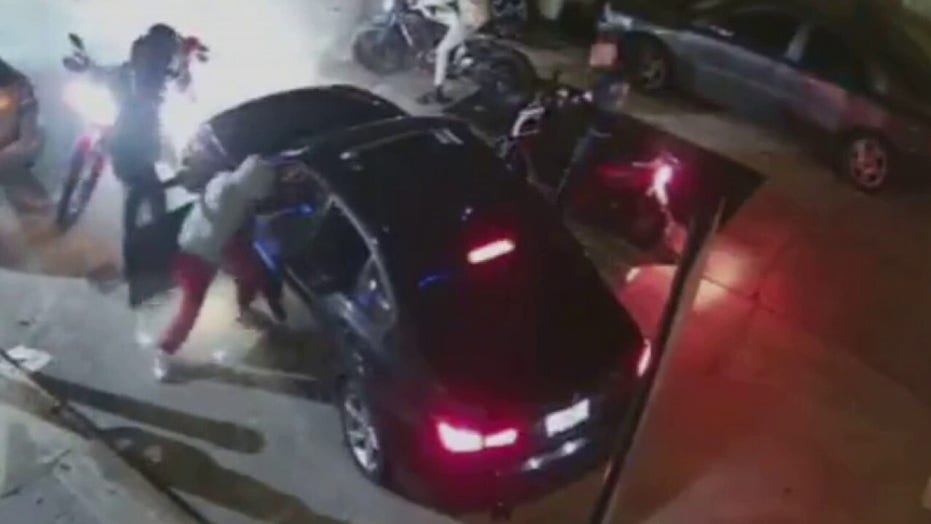 A gang of motorcycle-riding robbers forced a Manhattan BMW driver out of his car at gunpoint, then beat him before driving off in his pricey ride early Sunday, according to police and video of the heist.

The suspects pulled up to the 23-year-old driver on their bikes at about 2:30 a.m. on Riverside Drive near Henshaw Street in Inwood, police said.

One of the toughs pulled a handgun from his waistband and pointed it at the driver, while another one of the suspects opened the driver-side door and started yanking the victim out of the car, according to cops and video released by investigators.

When they successfully pulled him out of the car, one of the suspects punched him in the face at least twice and stole his chain, according to police.

The suspects then drove off on their motorcycles and in the victim’s BMW 328i, police said. They are still at large.

The victim was taken to New York-Presbyterian Hospital and treated for a cut to his eye and a broken nose, police said.