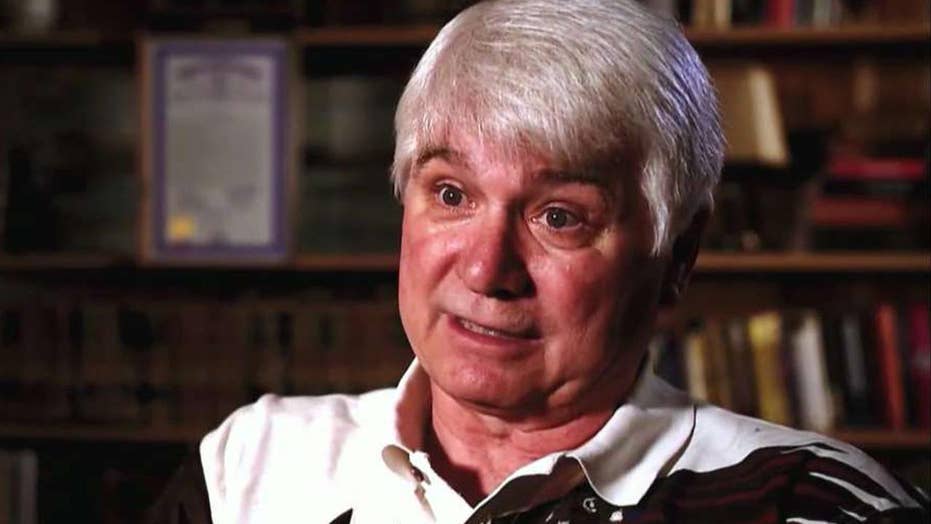 Vietnam veteran to receive Medal of Honor from Trump

The Pentagon credits Spc. Jim McCloughan with saving the lives of 10 members of his company in the Battle of Nui Yon Hill in 1969. He called the battle the worst two days of his life.

ARMY RESERVIST BANNED FROM GRADUATION GETS DIPLOMA, APOLOGY FROM PRINCIPAL

"I feel honored to be able to accept this for the 89 men that fought that battle," McCloughan said.

Former Army medic James McCloughan kneels next to a statue presented to him by a fellow soldier in South Haven, Michigan, in February. (AP Photo/Carlos Osorio)

Then-Secretary of Defense Ash Carter recommended McCloughan for the Medal of Honor last year. However, the medal needs to be awarded within five years of the recipient's heroic actions. In McCloughan’s case, congress waived the five-year time limit for him to receive the medal.

MEDAL OF HONOR VET SHARES HIS STORY IN ‘RED PLATOON’

McCloughan has already earned the Combat Medical Badge, two Bronze Stars, the U. S. Army Valorous Unit Citation and the National Defense Medal. He also earned two Purple Hearts, having been shot in the arm in addition to taking the RPG shrapnel.

"President Donald Trump will be putting that on me for the first time in his experience of doing such a thing," McCloughan said. "That's pretty special."

McCloughan will receive the award on July 31, the Army Times reported.