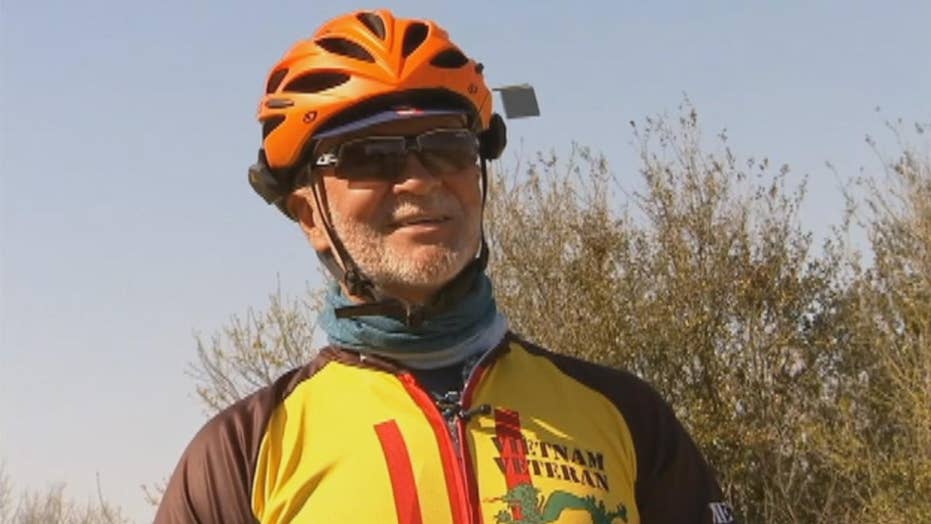 A 69-year-old Vietnam veteran is set to embark on a cross-country cycling trip to help his fellow returning soldiers.

Ron Davis of North Texas said he is one of the lucky ones who returned from Vietnam unscathed and wants to raise money for the Wounded Warrior Project while cycling from California to New Jersey.

“I learned to be tough and to be disciplined,” he told FOX 4 News. “And I learned how to overcome adversity.”

The retired Marine Corps sergeant said he first fell in love with cycling as a child, but the Vietnam War put the brakes on his passion. Last year, he picked it up again and since last October has been training – averaging 80 to 100 miles a day.

Doing a cross-country trip for charity has been on Davis’ mind for some time.

“Because of those lessons that I learned, I want to give back to all branches of the military, to these heroes who need help,” he said. “And that was my motivation.”

In his Wounded Warrior Project fundraising page, Davis said he hopes to “see the beauty of this land of ours and to meet people of the land, those lucky Americans like me.”