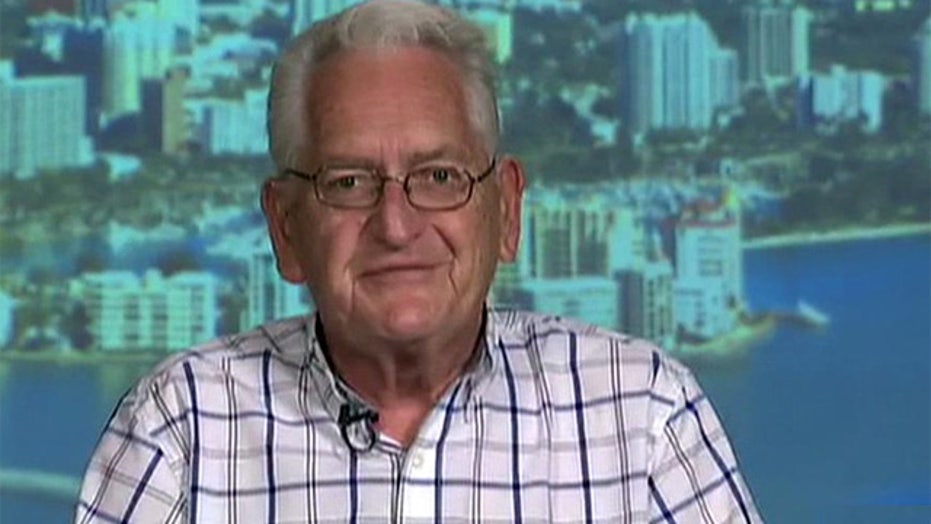 A 73-year-old Vietnam veteran paid a high price for a free muffin.

Joe Koblenzer says he was fired by a Cracker Barrel restaurant in Florida after he gave a needy person a corn muffin for free, WWSB reported.

Koblenzer, who had been with the eatery in Sarasota for three years, told the station that he was previously written up twice before the muffin infraction: once for having a fountain drink while on duty, and another time for allegedly giving a woman a free cup of coffee. In the latter instance, Koblenzer says the customer paid for the coffee.

Cracker Barrel, however, says the muffin giveaway was Koblenzer’s fifth violation of company policy, which includes not giving away food and not consuming food without paying for it.

Koblenzer told WWSB that on the day he was fired, a man who looked like he may be homeless asked him for mayonnaise and tartar sauce.

“He said he was going to cook fish,” Koblenzer told the station.

Koblenzer said he got the man the condiments, and added a corn muffin to the bag as he handed it over.

The kindness cost the Vietnam vet his job, but he understands why he was fired.

“It's a rule. They legally can do this because I did break the rule. I completely forgot about it. I am a host at Cracker Barrel with a little above minimum wage job, " Koblenzer told the station. He said he took the job to supplement his monthly Social Security benefits.

“I’m not casting doom and gloom on the company. They did their thing, and now people know about it,” Koblenzer told Fox News.

Was the gesture worth it?

“Yes, it was worth it," Koblenzer told Fox News.  "I would do it again. A moral issue comes in." The veteran says that if Cracker Barrel would have asked him to pay for the muffin, he would have.

Cracker Barrel released the following statement on the matter:

“Mr. Koblenzer has worked as a host at Cracker Barrel’s Sarasota store since April 2011. During the time he was employed, he violated the Company’s policies regarding consuming food without paying or giving away free food, on five separate occasions. Mr. Koblenzer received multiple counselings and written warnings reminding him about the company’s policies and the consequences associated with violating them. On the fifth occasion, again per Company policy, Mr. Koblenzer was terminated.

Cracker Barrel is grateful for and honors Mr. Koblenzer’s service to our country as we honor all service men and women and their families.”

Koblenzer says he is looking for a new job, but is unsure what he will do next.