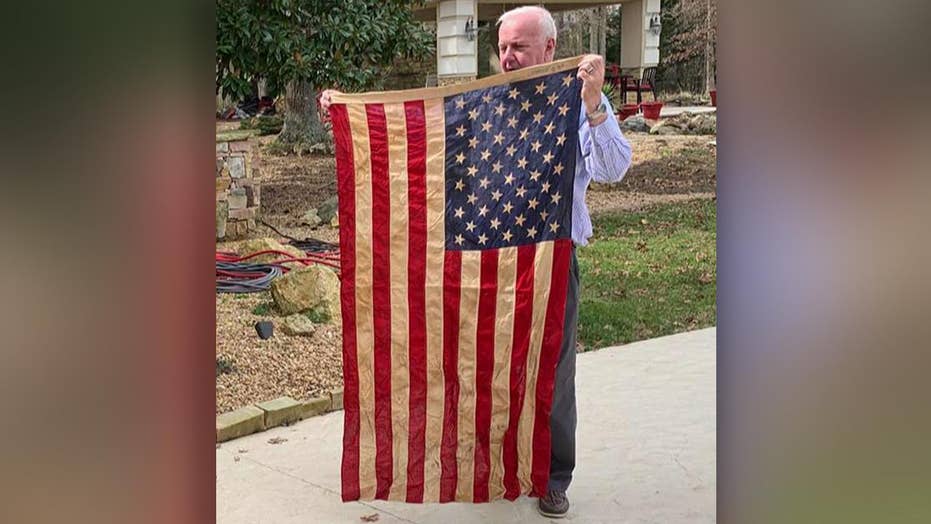 A Vietnam veteran, with help from a Virginia delegate, has won a 20-year battle with his homeowners association to have a flag pole on his lawn.

A long-running American flag flap involving a Vietnam veteran and a Virginia homeowners association appears to have been resolved.

The dispute pitted the Wyndham Homeowners Association in Henrico against Richard Oulton, a medic during the Vietnam War with the 1st Battalion 9th Marines, a unit that suffered so many casualties it became famously known as "The Walking Dead."

Twenty years ago, Wyndham took Oulton to court over a 25-foot flag pole on his property in the affluent townhouse development, WRIC-TV reports.

After Oulton was found guilty of violating the HOA’s by-laws, the flag pole was forced to go.

"I'm standing in my front yard being told my American flag is a visual nuisance,” Oulton told the station as he took down the flag pole. “I think it's horrible, but I have to comply."

Now with the help of a Virginia state lawmaker, the HOA says Oulton can put the flag pole back up, according to the station.

"They asked us to poll our neighbors and we polled all of the neighbors that were adjacent, nine houses and (it) was 100 percent support," Oulton told the station.

Oulton is planning to hold a flag-raising ceremony next month and says he wants to fly Old Glory in front of his house again to honor the memory of those from the 1/9 who lost their lives in Vietnam.

"The memories are always there," he told the station. "Unfortunately, they're deep inside me and I can't clear them out."