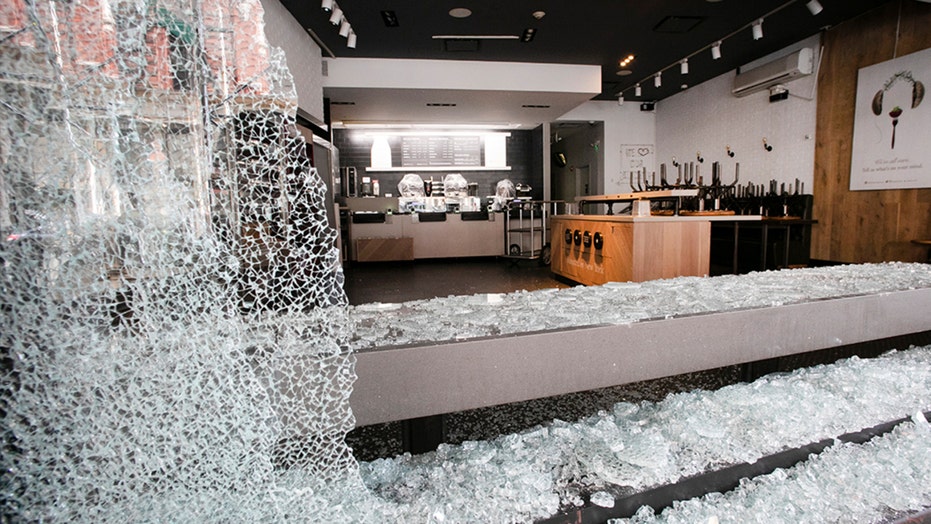 Hundreds of storefronts were looted and vandalized in Manhattan; Bryan Llenas reports from New York City.

New York City police are searching Thursday for five suspects caught on video breaking into a store in Times Square and making off with six drones worth a combined $16,000.

Once inside, the group of suspects are then seen scrambling around and grabbing drones before escaping on foot.

The combined estimated value of the drones stolen from the store is $16,000, according to Fox5 NY. The NYPD is now offering a reward of up to $2,500 for information leading to their arrests.

The store, on its Facebook page, had said in mid-March that it was “closed until further notice” due to the ongoing coronavirus outbreak.