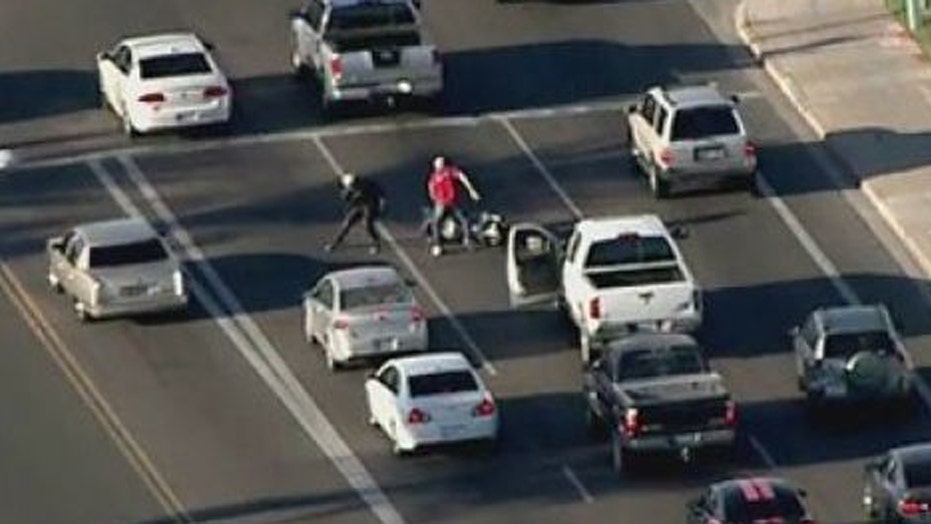 The suspect in a high-speed police chase outside Phoenix was shown on live TV getting out of his pickup truck and trying to steal a man’s motorcycle during the pursuit.

Video of Thursday’s incident in Mesa, a Phoenix suburb, shows motorcyclist Brandon Jenkins being jumped from behind by the suspect, whom police identified as Joshua Monigold, 31. Police said they were chasing Monigold after he refused to stop for questioning in a weekend hit-and-run in which a woman was seriously injured.

The video shows what happened next.

Police Chase: Brandon Jenkins says it's a good thing police showed up when they did, otherwise he was ready to defend himself against the chase suspect... with a knife.

As police converge on the scene, Monigold jumps back into a white pickup and takes off, running over Jenkins’ motorcycle in the process.

Fox 10 reported the chase came to an abrupt end miles later when Monigold flipped the pickup on I-10. He was hospitalized.