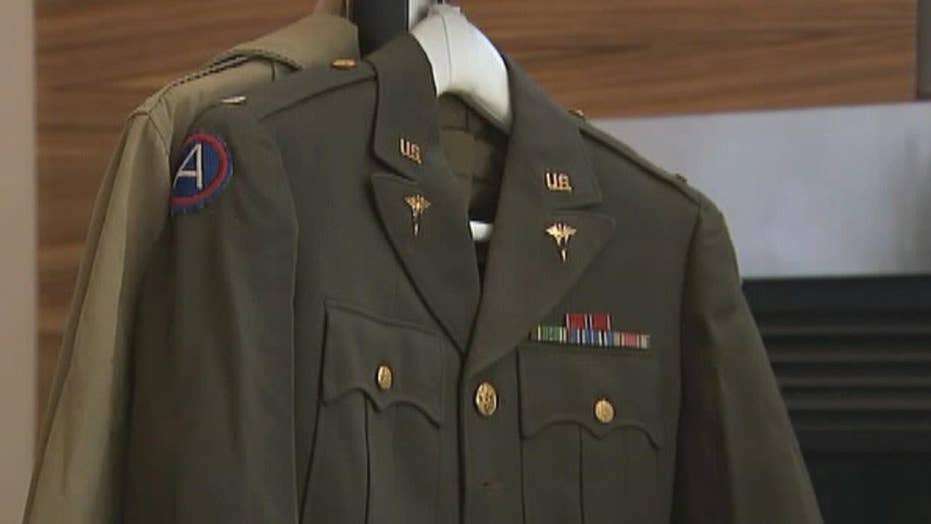 A homeowner in Arizona made a surprising discovery just before he renovated his house -- inside the attic was a bag holding a pristine-looking World War II uniform, the buttons still shining.

The man knew he had to track down the veteran's family, Fox 10 reported Monday.

The soldier's name -- Thomas Wilson, Jr. -- was printed on the green bag. It also contained magazines from the era, Dutch wooden shoes, a photo and an old checkbook.

Wilson died in 2012. Family members reportedly sold the home in Arcadia the next year, but in the complicated moving process, they left the bag behind.

It took a little time, but the unnamed homeowner and his realtor tracked down Wilson's surviving relatives, including his 96-year-old widow, Fox 10 added.

"Big surprise... I knew what they were, but it had been so long since I had seen anything like that," the soldier's wife, Delma, responded.

Relatives say Wilson managed a team of black soldiers who drove ambulances rushing the wounded to hospitals. They said he wrote a memoir so future generations would know his story.

The veteran's family had owned the home for more than 50 years before selling it. "We were a little astounded to realize we had left something very important in that attic," his daughter, Leah Morse, said.