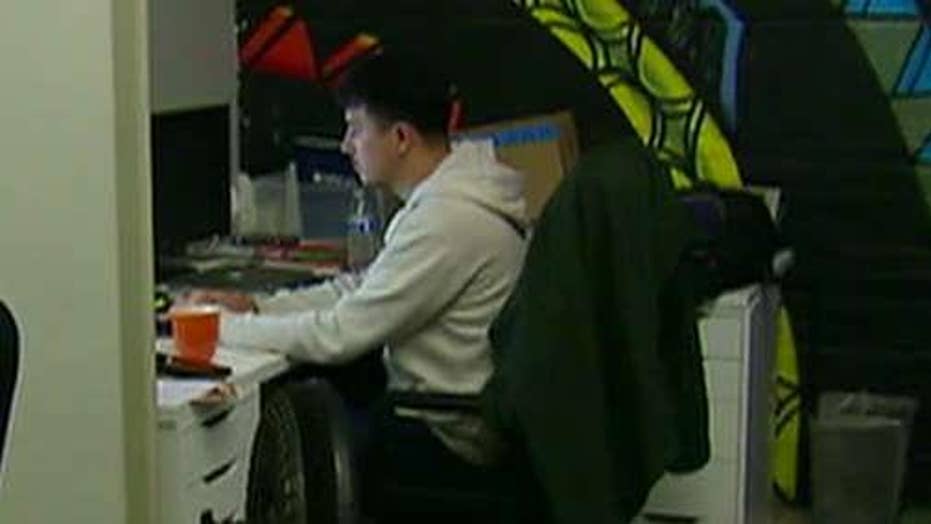 Walk inside Infinitely Fit, a new gym in San Diego, and you'll find L.J. Eastmead in her element. The retired Marine, who has a proclivity to write Winston Churchill quotes on the wall, bounces around during a recent class. She's fun but firm, pushing students to strive for their best with a disarming smile.

"Fitness is a passion, but really teaching people to be healthy and living a healthy lifestyle is what really resonated with me and I wanted to pass that along to other people," Eastmead says.

But creating her own business wasn't as easy as leading a workout for Eastmead.

"I was on my own for a little while before I was introduced to the Rosie Network, and I will be forever grateful to my friend for introducing me to them," Eastmead says.

VIDEO: TEENS SERVE AS PALLBEARERS FOR VETERAN WITH NO FAMILY

The Rosie Network, based in San Diego, is a non-profit that gives veterans the tools they need to successfully start and grow a small business. The veterans receive free training in everything from accounting to human resources while being promoted by the program.

The logo of the Rosie Network. (Fox News Photo)

"So we're teaching them to fish, and not just providing the fish. This is a life-long commitment that we're making to our transitioning veterans and our military spouses," Stephanie Brown, the founder and CEO of the Rosie Network, says.

According to the U.S. Small Business Administration, veterans are 45 percent more likely to start their own businesses than non-military citizens. California leads the nation with more than 250,000 veteran-owned businesses, many of which can be found in or near San Diego, home to the largest concentration of military personnel in the United States.

"There is a real push in San Diego to support the military. They're one of the three legs of our economy," Phil Blair, who co-chairs the San Diego Economic Development Committee, says.

That's why San Diego has become a hub for veteran start-ups.

Fuse Integration, an incubator run by Sumner Lee, a former Navy pilot, sets veterans up with an office space and a chance to work with the defense industry.

"I think that veterans provide a background in leadership, in dealing with adverse conditions and being creative under pressure that provides and excellent team capability and an excellent ability to get the job done," Lee says.

Around the corner, Fab Lab, a nonprofit community space, connects veterans with engineers and scientists.

"Everybody learns and benefits from each other and I think that's the most important aspect of this space," Allen McAfee, a veteran who served in Iraq and the Operation Manager at Fab Lab, says. "Something like this allows us to celebrate that military past but also really enforce that you're a apart of our community too and I think that's the biggest thing that cities can look at."

For Eastmead, the transitional training she received not only helped her launch her business but her confidence in its future as well.

"The Rosie Network is, not like having a staff so much as having a support system that just says "oh, you can't pick yourself up today? Well we've got you," Eastmead says.