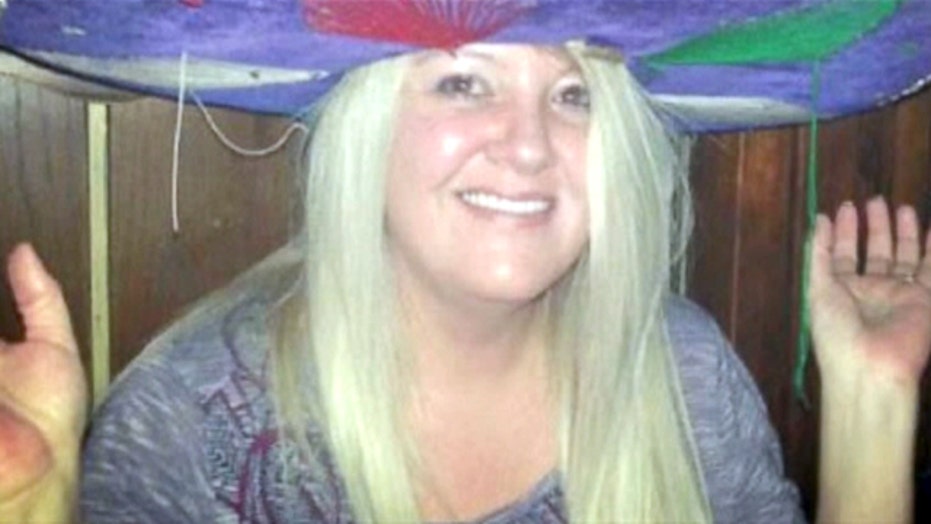 LAS VEGAS – A Las Vegas mother of four killed in a road rage shooting last week got in her car with her adult son and his gun and drove around their neighborhood looking for the assailant who ended up shooting her in a residential cul-de-sac, police said Tuesday.

In a change from earlier accounts, police Lt. Ray Steiber said 44-year-old Tammy Meyers had her teenage daughter run in the house to fetch her armed son, who then went with her as she drove to find the driver who had earlier stopped his car in front of hers, got out and approached her with angry words.

"Mrs. Meyers is scared, but she's upset," Steiber said, adding that the intent appeared to be "so they can find who frightened them on the roadway."

"I would never say that anybody went looking for trouble," Steiber said when asked to characterize Tammy Meyers' five-to-10 minute drive through the neighborhood. He said she found, and for a time followed, the vehicle she had apparently been looking for.

Tammy Meyers then drove home, Steiber said, where a vehicle described only as a four-door gray or silver sedan pulled up and someone inside opened fire.

"Unfortunately I cannot say what was in Tammy's mind," the police lieutenant said. "Tammy is the victim."

Steiber said the initial road rage incident happened while Tammy Myers drove slowly home from a school parking lot, where she had been teaching her teenage daughter to drive. The girl didn't have a learner's permit.

Steiber said the daughter told police a car sped up to them from behind and then pulled alongside. The daughter reached over from the passenger seat and honked the car horn at the car as it passed.

"She figured this person was speeding, and right or wrong, they needed to be corrected," Steiber said of the girl, who he said is 15. "She honked the horn."

Steiber pointed to a police artist's sketch of a man sought for questioning. He said the man is believed to be in his mid-20s with blond hair and blue or hazel eyes, and was wearing a V-neck T-shirt.

"All indications to us are that this unknown person fired first," Steiber said. He said Brandon Meyers returned fire.

Tammy Meyers was behind her son, and Steiber said police don't believe he was responsible for the fatal shot.

Tammy Meyers was wounded in the head and died Saturday after being taken off life support at University Medical Center. Friends planned a vigil Tuesday evening in the cul-de-sac in a middle-class neighborhood about 5 miles west of the Las Vegas Strip.

Husband Robert Meyers, who was in Southern California at the time of the shooting, said Friday that his son, Brandon Meyers, told him he believed there were three people in the car and his shots with a 9mm handgun hit the car at least once.

Steiber said no suspects have been identified or arrested.

No one in the Meyers family called police until after the shooting, Steiber said, and the gun that Brandon Meyers used was properly registered.