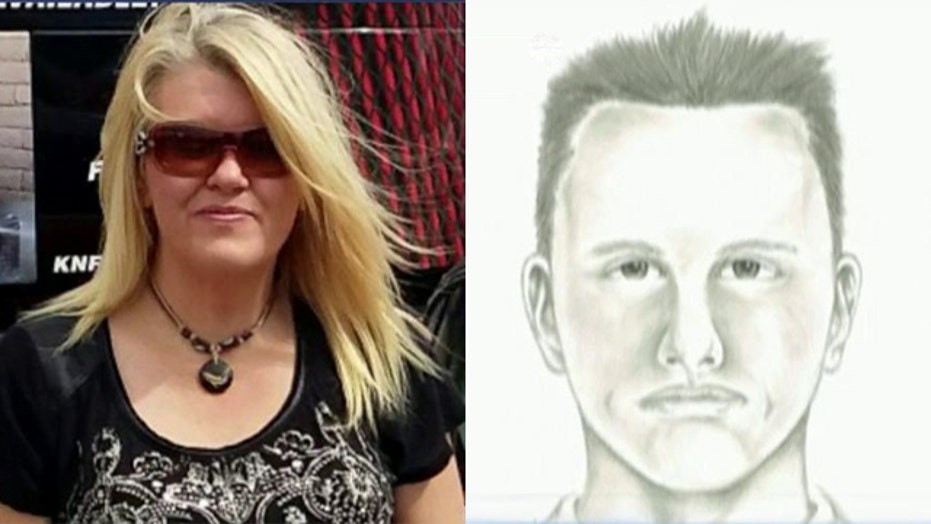 Manhunt underway for the suspect

Las Vegas police said Monday they are hunting for the suspect who shot a mother of four in an apparent road-rage attack while she was teaching her daughter how to drive.

Tammy Meyers died after being taken off life support Saturday night at University Medical Center, family members said at a news conference. She was shot outside her home Thursday.

Detectives are "doing everything they can to find the suspect or suspects,” Las Vegas Metro Police Department spokeswoman Laura Meltzer told ABC News on Monday.

The police released a sketch of the suspect, who was described as a 6-foot, 180-pound white man in his mid-20s with dirty blond hair he wears in a spiked style.

The suspect’s vehicle was described as a four-door gray or silver sedan with possible damage to the front driver's side of the vehicle.

Shortly before the woman's death, Las Vegas police publicly released the sketch of one of the suspects, as well as surveillance video of the suspect vehicle.

The mother of four and former California nurse gave her 14-year-old daughter a driving lesson in a school parking lot and was driving back home when she almost crashed with another vehicle – driven by a male -- on Thursday night, police said.

After an argument, Meyers drove home and asked her adult son for help as her daughter went inside the home.

The suspect’s vehicle then appeared outside the home, and someone inside the car fired multiple shots, one of which struck Meyers, investigators said.

“There was no excuse, no reason. And I hope to God, they know we’re looking. And they will be caught. She suffered immensely,” said Susan Ramos, a relative of Meyers.

Tammy Meyers’ husband, Robert Meyers, said their adult son emerged from the house and fired several shots with a handgun at the fleeing car. He told his father that there were three people inside.

Robert Meyers also said he thinks at least one 9-mm. shot by his 23-year-old son hit the fleeing car, and he called for the people involved to surrender to police.