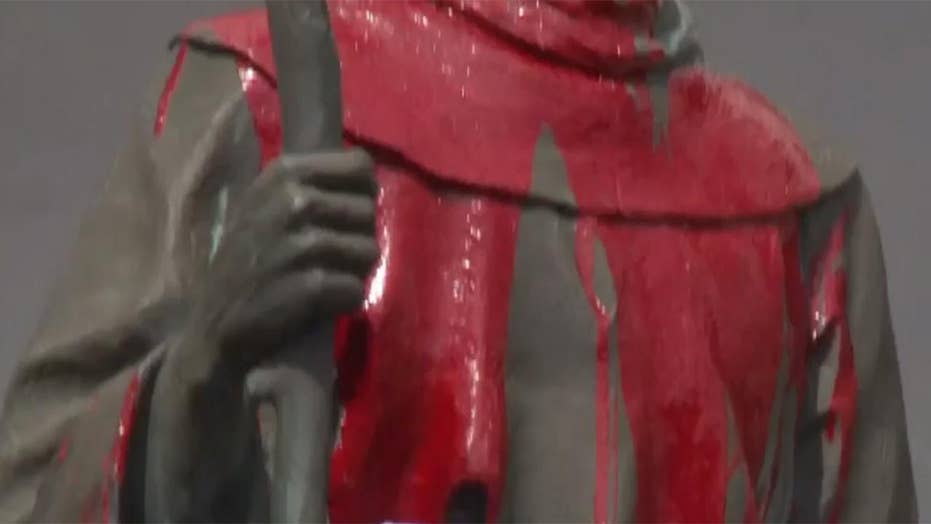 Calls and emails from the newspaper to the archdiocese requesting comment were not returned Sunday. The Times says the defacement of the statue has since been cleaned up.

Many Native Americans say the missions cut their ancestors off from their traditional languages and cultures and enslaved those who converted to Christianity.

Other statues of Serra across the state have also been defaced in recent years.