A quote from Abraham Lincoln's second inaugural address has been the VA's official motto for 59 years. (REUTERS)

The Department of Veterans Affairs says it has received complaints about its official motto, which is a quote from Lincoln’s second inaugural address in 1865.

The quote, which has been the VA’s motto for 59 years, reads:

“To care for him who shall have borne the battle and for his widow, and his orphan.”

The motto appears on plaques at many VA facilities across the U.S.

But in November, the Iraq and Afghanistan Veterans of America asked VA Secretary David Shulkin to change the motto, saying the Lincoln quote excludes women service members and symbolizes the obstacles they face in navigating the VA health system, Stars and Stripes reported.

“They’re missing the point that women don’t feel comfortable at the VA,” IAVA Executive Director Allison Jaslow, a former U.S. Army captain who served in Iraq, told Stars and Stripes. “We want to be respected and appreciated as much as male veterans are, and the motto is symbolic of overall challenges.”

In response, Kayla Williams, director of the VA Center for Women Veterans, said the VA has gradually been introducing an altered version of the quote: “To care for those who shall have borne the battle and their families and survivors.” 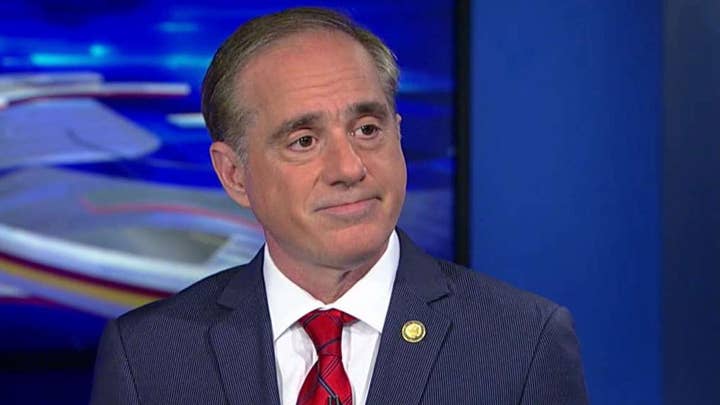 -- In 2004, the Air Force Academy replaced its “Bring Me Men” sign at its entrance with “Integrity First. Service Before Self. Excellence in All We Do.”

-- In 2016, the Navy and Marine Corps introduced gender-neutral job titles.

“I get it. The VA was designed for a male population, and culture change is hard,” Jaslow said. “But we’re talking 16 years we’ve been at war in Afghanistan. Women veterans are still feeling invisible and articulating they don’t feel comfortable at the VA. At what point are we going to get serious about addressing this?”