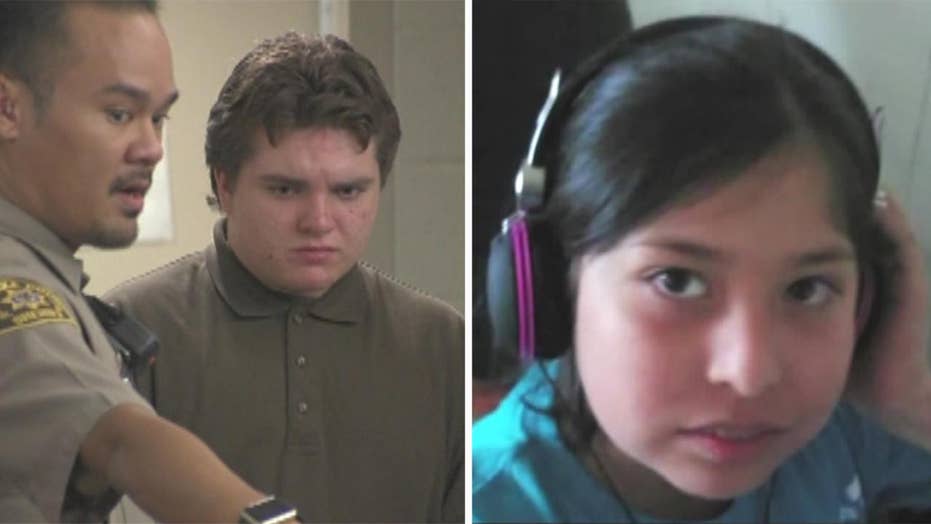 An 18-year-old entered a blended plea deal Monday in the rape and murder of a 12-year-old Utah girl he was accused of luring from her home with a story about a lost cat in 2015.

Jayden Matthew Sterzer, 18, pleaded guilty to rape in juvenile court. He also entered a guilty plea to "murder and sexual abuse of child in adult court," the Salt Lake Tribune reported. The blended plea deal  would allow him to stay in a juvenile detention center until he turns 21 and then is transferred to an adult prison.

Police said he was 15 when he lured his neighbor, Kailey Vijil, from her home in West Valley City, a suburb of Salt City, asking the young girl if she could help him find his cat. The young girl was found strangled and left in a horse pasture a few hours later, police said. Medical examiners determined the victim was sexually assaulted and strangled, FOX13 reported.

The case was put on hold after the teen was charged with aggravated murder and rape in July 2015 because his lawyers argued he had mental disorders and intellectual disabilities and did not understand the charges.

“Intellectually he operates at the level of about a third grader,” Michael Sikora, Sterzer’s attorney said. “It was just very important to try and do what we could to keep him in the juvenile system for the next three years because we just don’t think he was in any way, shape or form prepared for a lengthy stint at the Utah state prison.”

Last month, a judge determined Sterzer was fit to stand trial after getting treatment for his disabilities.

“There was really no resolution as I said that would be complete justice but they are satisfied with this resolution,” Spencer Banks, an attorney for Vijil’s family said.

Sterzer was slated to appear in court on Jan. 19, 2018 and was expected to speak before he was admitted to the juvenile facility.