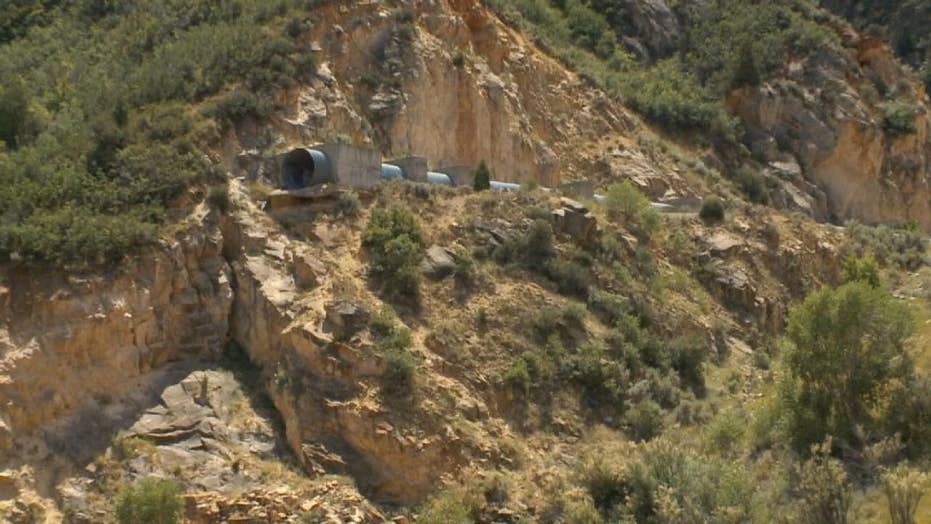 Utah teen falls out of tunnel

Preston Harward is home from the hospital after falling more than 100 feet while trespassing.

An 18-year-old Utah man was recovering after he trespassed into a drainage tunnel that let out over a cliff -- and fell 150 feet after walking out the other side, investigators said.

Preston Harward was hiking with a group of friends on July 19 when he fell over a cliff at Spanish Fork Canyon, the Utah County Sheriff’s Office wrote on Facebook.

The department said he was “lucky to be alive.”

Harward suffered broken ribs and other bones and his stomach went up into his diaphragm, Fox 13 Salt Lake City reported.

“I just looked down and realized that I had pretty much sprinted and jumped out of this tunnel straight off of this cliff,” he told the station. “I genuinely thought I was going to die.”

The sheriff’s office said a 21-year-old man died there in 2012 after falling from the same spot.

Rescue teams used a helicopter and were able to reach Harward after about an hour and a half, Fox 13 reported. He arrived at a hospital in critical condition.

The department posted pictures and video of the drop from the end of the tunnel where Harward fell.

It was illegal to enter the tunnel, the sheriff’s office said. The department posted multiple photos of the area showing fences surrounding the site and several “No Trespassing” signs. Some signs were covered with graffiti.

But, Harward told Fox 13 he was unaware they were trespassing and didn’t see any signs. He said the area was “a really popular spot.”

Investigators said they were hoping to work with the county to make it clear to avoid the tunnel.