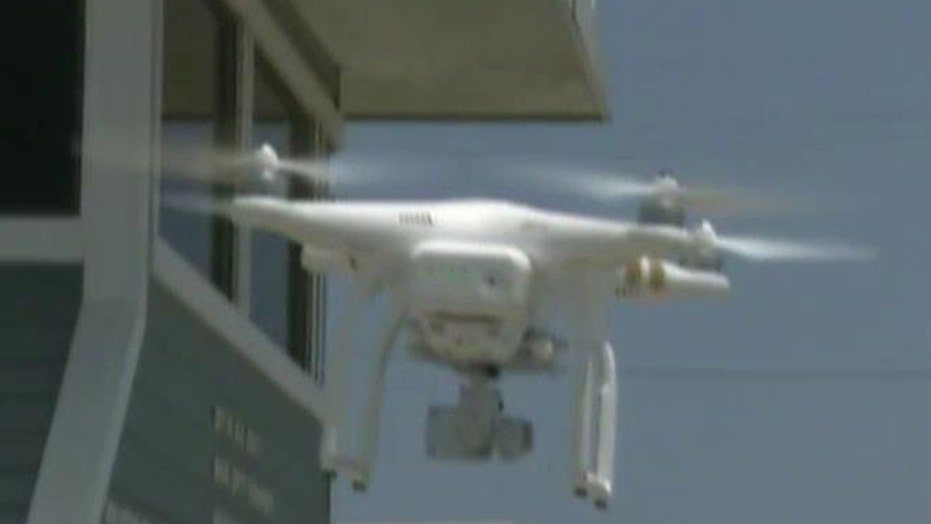 Close encounters between planes and drones on the rise

SALT LAKE CITY – Utah lawmakers' proposed solution to getting recreational drones out of the way of emergency response units?

Shoot them out of the sky.

Legislators throughout the U.S. are working to figure out the best way to regulate drones as they become increasingly prevalent, particularly when it comes to interfering with emergency response work. Other states have proposed shooting down drones, but it hasn't become law, according to the National Center for State Legislatures.

Law enforcement already has some tools to control airspace.

In cases such as wildfires, law enforcement can ask the Federal Aviation Administration to restrict air travel. That could apply to planes and unmanned aircraft, more popularly known as drones.

The flying devices interfered with aircraft fighting during more than a dozen wildfires last year, according to the U.S. Forest Service. In 2014, they interfered during just a handful of fires.

State Sen. Wayne Harper, a Republican from Taylorsville, proposed a bill that would allow law enforcement to "neutralize" drones, which could include shooting them, jamming their signals or convincing their operators to move them.

Harper's proposal was debated Thursday by a legislative technology committee, but he postponed a vote following questions from the public. Included on that list: How could law enforcement tell the difference between a recreational drone and a commercial drone when it's hundreds of feet in the air?

Whether Harper's bill will gain traction remains to be seen. Sen. Alvin Jackson, who chairs the technology committee, said most of Harper's proposal is already covered by state or federal law.

The sponsor of the other Utah bill, Rep. David Lifferth, a Republican from Eagle Mountain, said he came up with the idea after hearing of numerous incidents in which law enforcement had to stop fighting fires because drones flew too close. His bill hasn't been debated yet.

"I want to encourage this new and emerging technology," Lifferth said. "But if you get in the way of some acute activity you run the risk of losing it."

Lifferth said shooting down a drone is the least desirable option for getting rid of an aircraft, as it could be dangerous.

Utah Department of Public Safety spokeswoman Marissa Villasenor said public safety responders have been able to track down drone operators when their machines have gotten in the way. She couldn't provide an example of an incident in which law enforcement needed to shoot one down.

Abby Speicher of DARTdrones Flight Academy, a school that teaches individuals in Utah and across the country about drones, said shooting down these aircrafts could be appropriate in certain dangerous situations

But, she said, it's an extreme option.

"They should find the pilot first and ask him not to do that," Steicher said.

The National Center for State Legislatures doesn't have records of any state that allows agencies to shoot down drones.

A few have tried, though.

Last year, the governor of California vetoed a bill that would have protected emergency personnel from certain repercussions should they damage a drone interfering with their work.

Oklahoma considered a proposal last year that would have allowed property owners to shoot down drones that fly over their property, but it also failed.

A tiny Colorado town let the public vote in 2014 on whether to issue hunting licenses to shoot at drones. It failed nearly 3-to-1.