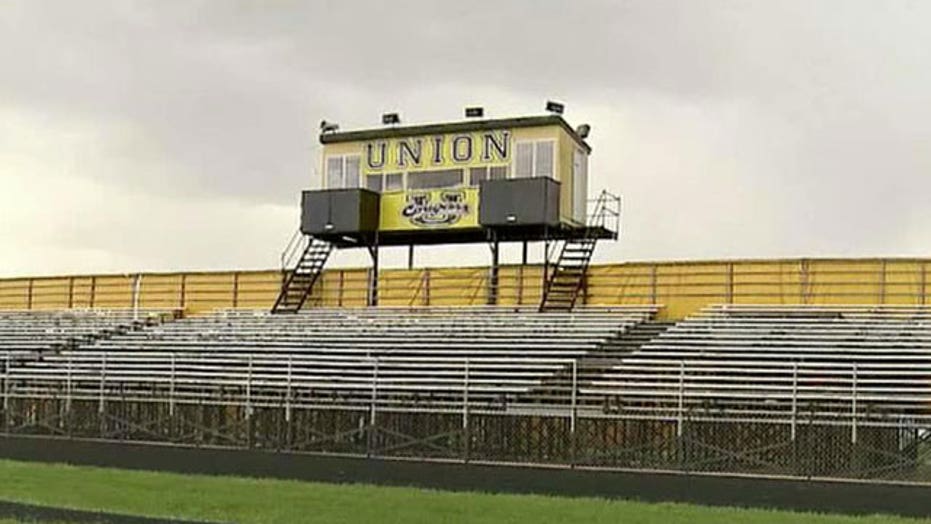 A Utah high school football coach, fed up with his players' off-the-field behavior, suspended all 80 members of the team and made them help out in the community instead of practice.

“We felt like everything was going in a direction that we didn’t want our young men going,” Labrum, who attended the school and has been its coach for two years, told the paper. "We felt like we needed to make a stand."

After Friday night's loss to Judge Memorial Catholic High School, Labrum gathered the team and told players he was not happy with some of the players' actions. He told them all to turn in their jerseys and equipment, saying they had to earn the privilege to play again.

“They were in the locker room for a really long time,” Jenn Rook, whose son Karter, is on the team, told the newspaper. “They came out, and there were tears. Those boys were wrecked. My son got in the car really upset and (said), ‘First of all, there is no football team. It’s been disbanded.’”

Labrum and his staff told the players there would be a meeting the next day at 7 a.m. where they would get the chance to re-earn a spot on the team.

“We looked at it as a chance to say, ‘Hey, we need to focus on some other things that are more important than winning a football game,” Labrum said. “We got an emotional response from the boys. I think it really meant something to them, which was nice to see that it does mean something. There was none of them that fought us on it.”

Labrum was prompted to act after guidance counselors told him about a student who had been bullied on a website and suspected football players were behind it. Although coaches could not tell who was behind the bullying, Labrum told his team "we don’t want that represented in our program."

He was also concerned about players failing and skipping classes and showing disrespect to teachers.At the team meeting a day after the mass suspensions, Labrum passed out a letter titled "Union Football Character," telling the boys what they had to do to get back on the field.

The team is still scheduled to play a homecoming game against Emery High Friday, but instead of practicing, they've been performing community service, attending study hall and going to a class on character development. They were also required to write a report about their actions.

Jenn Rook said she objected at first, but now stands behind the coach.

“I do support it," Rook said. "These boys are not going to be hurt by this. It’s a good life lesson. … It’s not a punishment. I see it as an opportunity to do some good in the community.”