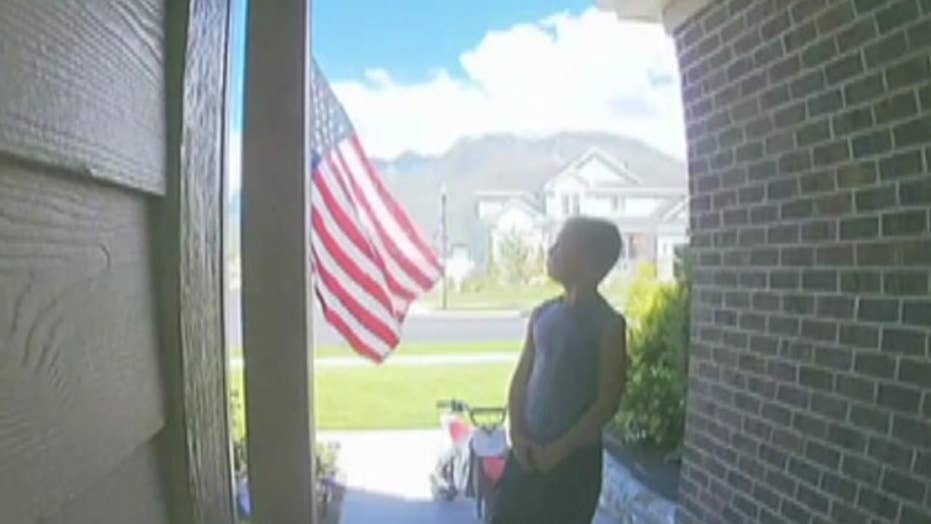 Utah boy pledges allegiance to flag when no one's looking

What do we expect children to do when no one is watching? One mother was surprised when she saw her son on security camera pledging allegiance to the American flag – all on his own.

Jami Warner, of Utah, caught her son, seven-year-old Wyatt, on a neighbor’s security footage pledging his allegiance to the American flag all on his own – outside of school, or a sporting event, where it’s common practice.

In a video posted to Instagram, Wyatt was seen riding a small motorbike up to his neighbor’s doorstep. Wyatt immediately stopped – and before even ringing the doorbell, he put his hand over his heart, and recited the Pledge of Allegiance to the American flag flying on his friend’s house. Jami said she’s never seen him do anything like this.

“He doesn’t pledge allegiance, that I am aware of, other than at school … or at an event,” said Jami. “I can’t remember a time when he did this on his own.”

“Sometimes we are only looking at them when we notice they are doing something wrong and we need to correct it,” Jami said. “I wish I could see what my other two do when I am not looking.”

When Jami saw the video of her son, she said she wished every parent could see it, to show that children actually listen.

“I wished I could show it to every parent who feels like what they teach their kids goes in one ear and out the other,” said Jami. “We try to teach our three kids about how lucky they are to live in this country and about the men and women who have served and died for our freedom.”

Children "born into today's world are strong," Jami added. "I think if we would watch more we would learn from their honesty and sincerity."