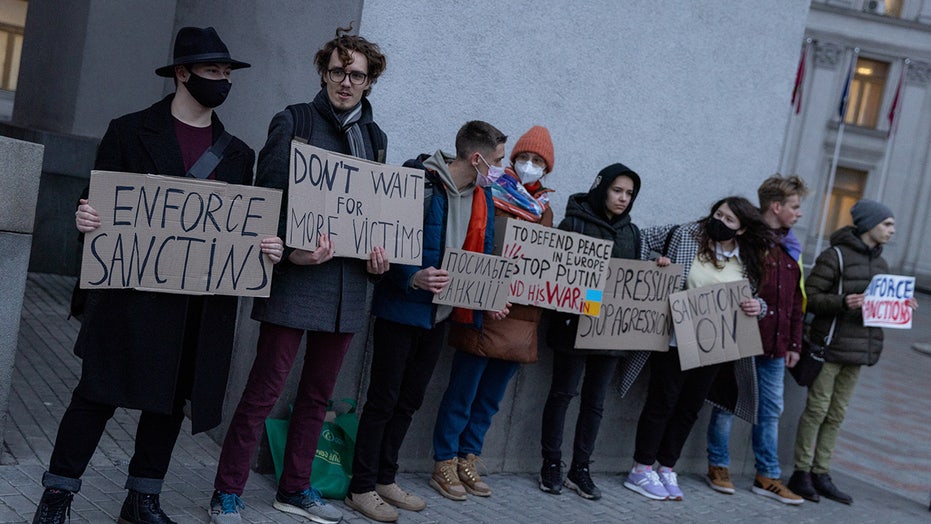 The U.S. has sent a letter to the United Nations warning that Russian forces are creating lists of identified Ukrainians to be killed or sent to camps following a potential military occupation, according to a report.

The letter was sent from Ambassador Bathsheba Nell Crocker, the U.S. Representative to the Office of the United Nations and Other International Organizations in Geneva, to Michelle Bachelet, the UN High Commissioner for Human Rights.

"We are deeply concerned about Russia’s continuing human rights abuses in the parts of Ukraine it already occupies and have every reason to believe those concerns will multiply following a new military offensive," wrote Crocker. "I would like to bring to your attention disturbing information recently obtained by the United States that indicates that human rights violations and abuses in the aftermath of a further invasion are being planned."

"These acts, which in past Russian operations have included targeted killings, kidnappings/forced disappearances, unjust detentions, and the use of torture, would likely target those who oppose Russian actions, including Russian and Belarusian dissidents in exile in Ukraine, journalists, and anti-corruption activists, and vulnerable populations such as religious and ethnic minorities and LGBTQI+ persons," the letter says, according to the Washington Post.

A group of people hold signs at the front of the Ukrainian Foreign Ministry during a protest calling for the European Union to impose additional sanctions against Russia on February 21, 2022 in Kyiv, Ukraine.  (Photo by Chris McGrath/Getty Images)

"Specifically, we have credible information that indicates Russian forces are creating lists of identified Ukrainians to be killed or sent to camps following a military occupation. We also have credible information that Russian forces will likely use lethal measures to disperse peaceful protests or otherwise counter peaceful exercises of perceived resistance from civilian populations," the letter added.

The letter was sent amid fears of a potential Russian invasion in Ukraine, with President Biden saying Friday that he was "convinced" President Vladimir Putin has made the decision to invade.

President Joe Biden speaks to update the situation of the Ukraine-Russia border crisis during an event in the Roosevelt Room of the White House on February 18, 2022 in Washington, DC. (Photo by Alex Wong/Getty Images)

U.S. Secretary of State Antony Blinken had said that such a move by Russia would be a "gross violation of international law," warning that the country would face "a swift and firm response" from the United States and NATO allies, reports said.

In the letter, Crocker wrote that the U.S. decided to share the information with the Office of the United Nations High Commissioner for Human Rights as "an early warning" that a Russian invasion of Ukraine might create a "human rights catastrophe."

Crocker wrote that Blinken raised concerns to the Security Council on Feb. 17, stating that the U.S. had information that indicated Russia would target specific groups of Ukrainians. It was unclear how the U.S. obtained the information.

"Do you realize that this is an absolute canard, a lie? It is absolute fiction. There is no such list. It’s a fake," Peskov said.

Russia has repeatedly said it does not plan to invade Ukraine, but Putin recognized two Ukraine regions as independent and ordered Russian forces into them Monday to act, he claims, in a "peacekeeping" role.