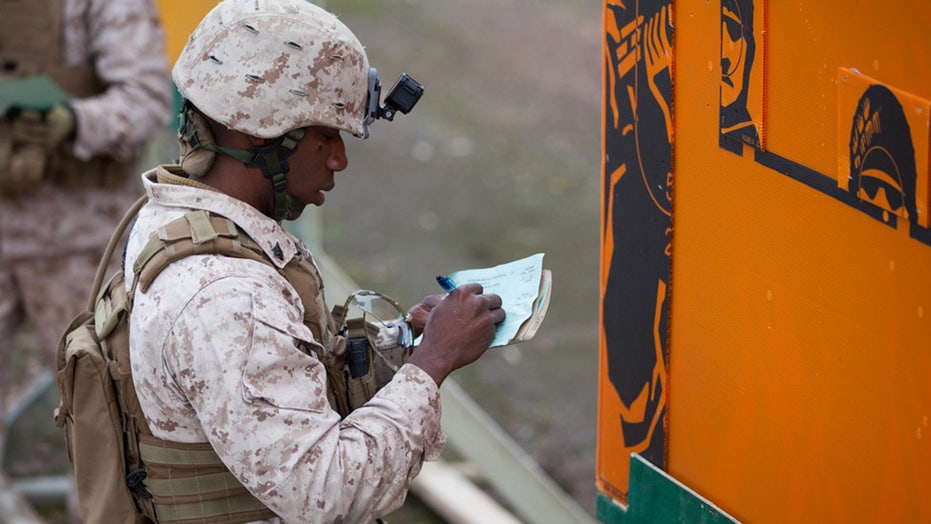 Authorities in Haiti seized weapons three weeks ago from a U.S. Marine who is now facing gun-smuggling charges in North Carolina, according to reports.

Jacques Yves Duroseau, 33, had flown to Haiti on Nov. 11 with eight weapons, according to federal prosecutors. They said he told investigators that he went there to train Haitian soldiers in marksmanship and to help defeat “thugs” threatening the country’s stability, the Associated Press reported.

The prosecutors also said a person who was with Duroseau when he went to Haiti told federal agents Duroseau “was in contact with the U.S. Embassy in Haiti to tell them that he wanted to be president of Haiti.”

The North Carolina charges against Duroseau were contained in a criminal complaint filed in Raleigh Federal Court last week.

According to the complaint, Duroseau had filled out a firearm declaration form with American Airlines stating he was carrying unloaded guns, but he didn’t have permission from the U.S. Marines to leave the country or permission from U.S. authorities to export firearms.

The firearms included five handguns and three rifles, and they were able to trace at least five of them to purchases made by Duroseau, the complaint said.

It said Duroseau also had an officer’s uniform and body armor with him when he went to Haiti.

Duroseau was a Marine sergeant in 2016 and grew up in Haiti, according to a profile at the time that was written by a Marine public affairs officer.

The profile said Duroseau survived the earthquake that devastated the country in 2016 and he had been rescued after being pinned between two walls in his home for four days. He joined the Marines soon after.

The article said Duroseau was an instructor in marksmanship at Marine Corps Base Quantico in Virginia.

“Whenever I come home I try to share a lot of things with my friends and I tell them if you want it you can make it, even when you thought you lost everything,” Duroseau was quoted as saying. “Whenever you put your mind to it and you want it there’s nothing stopping you.”