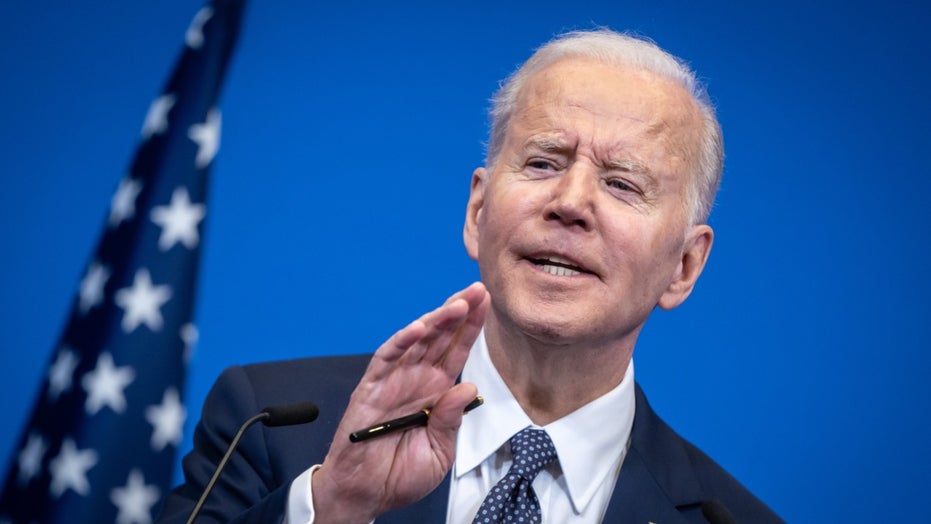 President Biden and Ursula von der Leyen, president of the European Commission, announced in Brussels Friday that the U.S. and European Union will be launching a joint task force to help Europe pull away from its reliance on Russian gas.

Biden said that Russian President Vladimir Putin uses energy to "coerce and manipulate his neighbors" and uses the profits from its sale to "drive his war machine."

He said it's not "only the right thing to do from a moral standpoint," but "it’s going to put us on a stronger strategic footing."

The task force will "work to ensure energy security for Ukraine and the EU in preparation for next winter and the following one while supporting the EU’s goal to end its dependence on Russian fossil fuels," the White House said in a statement.

President Biden and European Commission President Ursula von der Leyen talk to the press about the Russian invasion of Ukraine, at the U.S. Mission in Brussels, Friday, March 25, 2022, in Brussels. (AP Photo/Evan Vucci)

Under the plan, the U.S. and other nations will increase liquefied natural gas exports to Europe by 15 billion cubic meters this year. Even larger shipments would be delivered in the future.

"It’s going to take some time to adjust gas supply chains and infrastructure that (were) built for the last decade so we’re going to have to make sure the families in Europe can get through this winter and the next while we’re building an infrastructure for a diversified, resilient and clean energy future," he said.

Biden already announced that the U.S. would ban imports of Russian oil and gas earlier this month because of the war in Ukraine, but European countries are much more reliant on Moscow for energy needs.

The task force’s two main goals will be to diversify liquefied natural gas supplies "in alignment with climate objectives" and to reduce the demand for natural gas, the White House said.