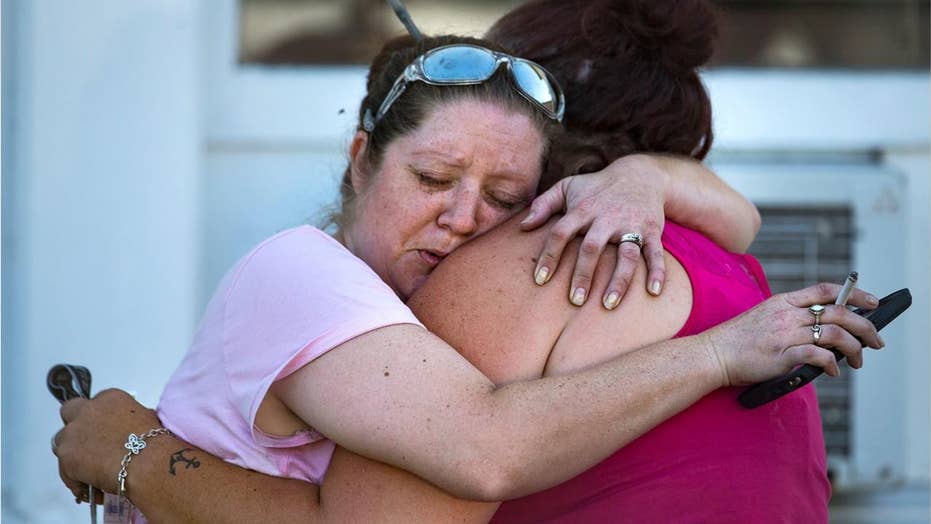 At least 26 people are dead in the Sutherland Springs, Texas church massacre. Here is a look back at the deadliest church shootings in U.S. history.

A gunman opened fire in a shooting at a Texas church on Sunday.

The incident took place in Sutherland Springs, which is 30 miles southeast of San Antonio.

Below are other church shootings you should know about.

“May God be w/ the people of Sutherland Springs, Texas,” President Donald Trump tweeted during his trip to Asia. “The FBI & law enforcement are on the scene. I am monitoring the situation from Japan.”

TWO SHOT, ONE FATALLY, OUTSIDE CHURCH IN FRESNO

Father Dominic Rajappa told the Fresno Bee that morning mass had just ended, and churchgoers were leaving when gunfire broke out.

Manuel Garcia, 64, shot his 61-year-old wife Martha Garcia, who had filed for divorce, and her 51-year-old boyfriend, police told KFSN. Martha Garcia died and her boyfriend wasn't expected to live, the station said.

One person was killed and six others were injured in a September shooting.

Police have said that 25-year-old Emanuel Samson, masked and wearing a tactical vest, fatally shot a woman who was walking to her vehicle, and then entered the rear of Burnette Chapel Church of Christ and shot six other people, walking silently down the aisles with a .40-caliber handgun.

Samson has been charged with murder in the incident.

Nine people were killed in a shooting at the historically black Emanuel African Methodist Episcopal Church.

White supremacist Dylann Roof, 23, has been on federal death row since earlier this year, after a jury convicted him of dozens of charges including federal hate crimes and obstruction of the practice of religion in the shooting deaths of nine Bible study attendees.

Gunman Jim D. Adkisson opened fire at the Tennessee Valley Unitarian Church. Adkisson pleaded guilty in 2009 to killing two people and wounding six others at the liberal church, which he had called a "den of un-American vipers" in a suicide letter.

A judge sentenced Adkisson to life without parole on two counts of first-degree murder and six of attempted murder.

Gunman Terry Ratzmann, 44, fatally shot seven people and hurt four at a church service in a hotel before killing himself, the Associated Press reported. The church pastor and the pastor's 16-year-old son were among those killed.

A prosecutor, the AP reported, said in 2005 that Ratzmann "felt the church, particularly the pastor, was responsible for some of the issues Mr. Ratzmann was dealing with – depression, employment issues, financial issues."

Larry Gene Ashbrook killed seven people and hurt seven others at the Wedgwood Baptist Church, and later took his own life, the Fort Worth Star-Telegram reported.