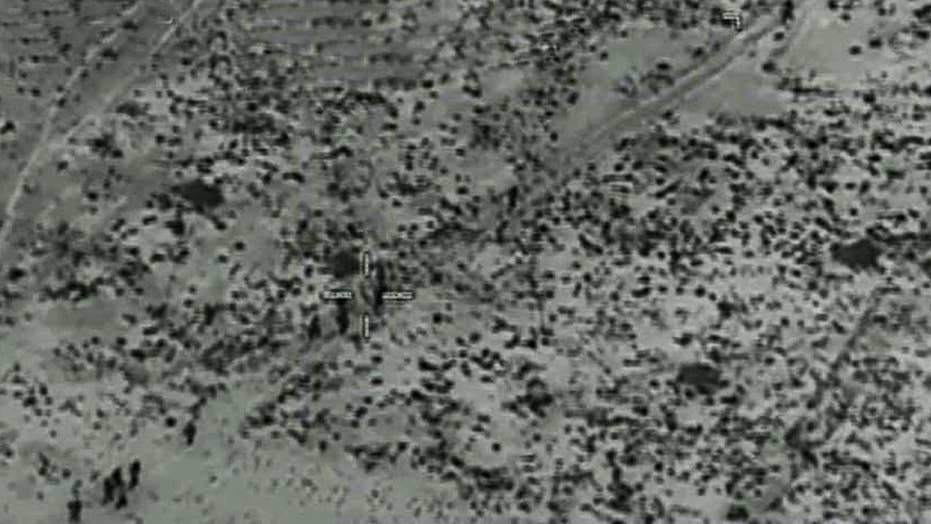 US: More than 70 Taliban leaders killed in Afghanistan

WASHINGTON – A U.S. rocket artillery strike last week on a gathering of Taliban leaders in southern Afghanistan killed at least 50 of them, a U.S. military official said Tuesday.

Lt. Col. Martin O'Donnell, a spokesman for the U.S.-led coalition in Afghanistan, said a weapon system known as the High Mobility Artillery Rocket System, or HIMARS, which is capable of firing GPS-guided rockets, destroyed a command-and-control position that was a known meeting place for high-level Taliban leaders. He said at least 50 leaders were killed.

Additional, unspecified numbers of Taliban officials were killed in U.S. airstrikes over a recent 10-day period, the spokesman said.

The May 24 rocket artillery attack in the Musa Qala district of Helmand province was announced by the U.S. military last week, but without a public estimate of the numbers killed.

O'Donnell said that because of the large number of leaders killed and their involvement in a range of attack planning, the impact of the HIMARS strike "will be felt beyond Helmand province." He called it an example of how the U.S. military is using expanded authorities granted as part of the Trump administration's new regional strategy for fighting the Afghanistan war, allowing U.S. forces to take a more active role in combat.

U.S. officials have sought to compel the Taliban to enter peace talks by increasing the military pressure on them.

Last week, a U.S. government watchdog group said the administration's revamped strategy has made little progress against the Taliban insurgency, leaving the country a "dangerous and volatile" place nearly 17 years after the U.S. invaded. That conclusion contrasts with assertions last fall by the American military that the Afghans, with U.S. support, had "turned the corner" and captured momentum against the Taliban, which it called fractured and desperate.

The report to Congress by inspectors general of the Pentagon, the State Department and the U.S. Agency for International Development also cast doubt on the administration's decision to send a new set of military advisers this year to work with Afghan forces closer to the front lines. It said this, combined with stepped-up Afghan offensives, "further raises the risk of civilian casualties, insider attacks, U.S. casualties, and other conflict-related violence."

The U.S. has about 15,000 support troops in Afghanistan, mostly providing various forms of military assistance.

The Pentagon, meanwhile, announced Tuesday that President Donald Trump has nominated Army Lt. Gen. Scott Miller for promotion to four-star rank and assignment as the next commander of U.S. and coalition forces in Afghanistan. If confirmed by the Senate, Miller would succeed Gen. John Nicholson, who has held the position since March 2016 and is expected to step down this summer.

Miller currently is commander of Joint Special Operations Command and is a career special operations soldier.