2020 candidate Pete Buttigieg draws on the Bible to defends abortion as Bernie Sanders links abortions to fighting climate change; reaction from Pastor Robert Jeffress, senior pastor at the First Baptist Church in Dallas and host of 'Pathway to Victory' on FOX Nation.

The abortion rate in the United States reached a record low in 2017 as pregnancy rates declined and contraception use rose, according to the pro-choice Guttmacher Institute.

According to Guttmacher, the decline follows a decades-long trend seen since the Supreme Court's landmark decision in Roe v. Wade -- although the number of legal abortions dramatically increased as states liberalized access and the Court made that decision in 1973.

The report came as a long list of states imposed abortion restrictions that ranged from clinic regulations to outright bans on procedures at certain points during the pregnancy, although many of those weren't passed during the study's timeframe. 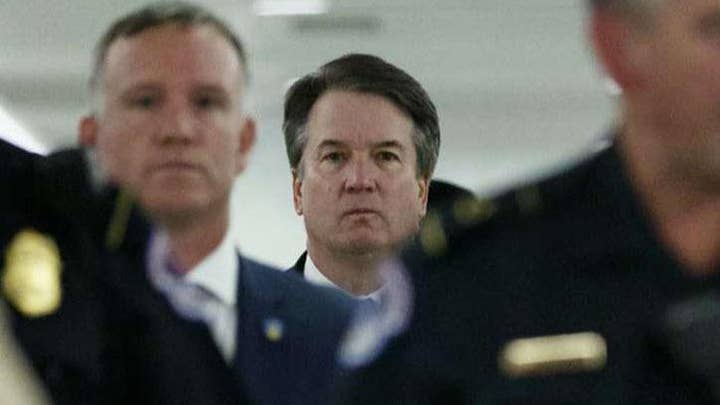 The group noted that almost 400 state laws restricting abortion access were enacted between 2011 and 2017 but weren’t necessarily the main force behind the overall decline in abortions. Its data for 2014-2017, the group said, "did not identify any clear patterns between changes in states’ number of clinic facilities and trends in state abortion rates."

Abortion rates varied by state and region, with the largest declines occurring in Arkansas, West Virginia, Alabama, and Virginia. Overall, the report found that abortions are decreasing in all parts of the country, whether in Republican-controlled states seeking to restrict abortion access or in Democratic-run states protecting abortion rights.

Most of the national decline -- a drop of 55 percent -- came from California and New York, two states that are considered among the biggest champions of abortion access.

Guttmacher also said 57 percent of the nationwide decline occurred in the 18 states, plus the District of Columbia, that did not enact any new restrictions.

Pro-life leader Lila Rose reacted by welcoming the declining rate but also noting that the number of abortions was a problem.

“While we are pleased that the abortion rate is decreasing across the country, there is still a long way to go to ensuring that every expectant mother and preborn child is treated with dignity,"  Lila Rose, founder of Live Action, told Fox News.

"According to Planned Parenthood's research arm, Guttmacher Institute, abortion still kills 2,362 babies every day in America. Abortion isn’t healthcare, it's an act of violence against our most vulnerable children, and the pro-life movement will not rest until the country’s laws and culture reflect this fact.”

Pro-life advocates have also decried the growing availability of alternative abortion methods that take place outside of clinics, also a potential detriment to abortion data. As Guttmacher noted, this data is difficult to monitor as it doesn't take place under the scope of clinics' traditional surveillance.

Chuck Donovan, head of the pro-life Charlotte Lozier Institute, warned about the spike in abortions via medication. "The industry’s migration to chemical self-abortion is deeply disturbing as it carries with it the possibility of increasing the overall abortion rate over time and also carries with it a higher rate of injury, about which women are often under-informed or deceived," he said in a statement provided to Fox News.

March for Life president Jeanne Mancini noted the increase in medication abortions but told Fox News the overall trend was away from the practice.

"Although there has been a concerning 10 percent increase in chemical abortions -- which are harder on women and have less medical oversight -- there is an overall movement away from abortion, evidenced by consistent public opinion polls that show vast majorities want to restrict the practice, in addition to this report. Americans’ hearts and minds are increasingly growing more pro-life," she said.

While it's unclear what exactly prompted the decline, Guttmacher has pointed to rising contraception use and declining fertility rates. "Fertility rates declined in almost all states between 2014 and 2017, and it is unlikely that the decline in abortion was due to an increase in unintended births," the group claimed.

Donovan instead pointed to pro-life legislation and shifting attitudes. "This includes the broad protections for women and children being enacted at the state level such as strengthened health and safety standards for abortion facilities, limits on public funding of abortion, parental involvement laws, and increased informed consent," he said.