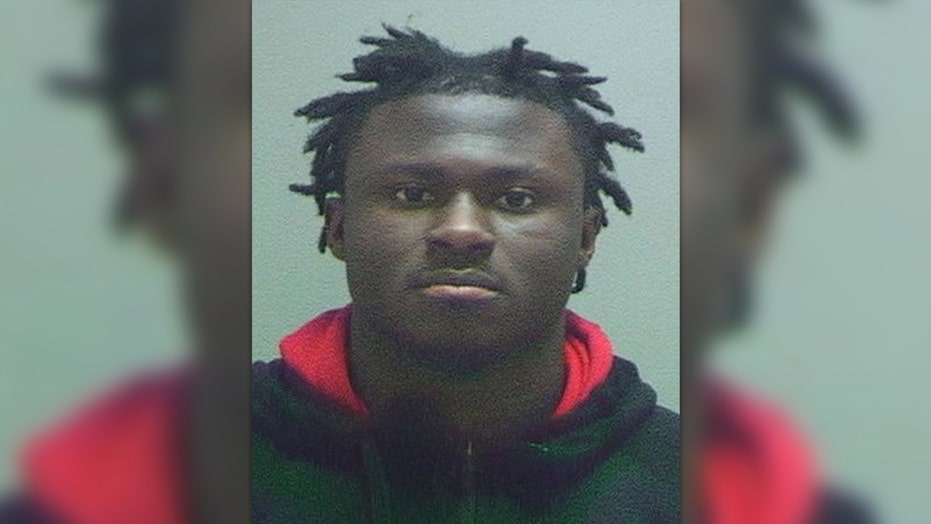 A University of Utah football player was arrested Thursday after police say he kidnapped and raped a 17-year-old girl.

The alleged victim told police she met Terrell Perriman, a 20-year-old wide receiver for the team, on Instagram and they connected on Snapchat. The girl told police Perriman sent her sexually graphic videos and photos and requested the same from her.

The girl then went to Perriman’s apartment on Friday, where he took her into the bedroom and refused to let her leave unless she gave Perriman oral sex, according to the statement.

“The victim stated that she started crying because she wanted to leave and she was scared,” a statement of probable cause said. The girl tried to leave the room, and Perriman allegedly stood in front of the door blocking her exit.

Perriman also allegedly took the girl’s phone away and held it out of her reach so she couldn’t call for help.

The victim said Perriman then pulled down his pants and pulled down the girl’s shorts and raped her.

Perriman faces felony charges of kidnapping, rape and enticing a minor and a misdemeanor charge of dealing in material harmful to a minor.

Salt Lake City police Detective Greg Wilking said police have “some indication" there could be more victims and urged individuals to come forward, according to the Salt Lake Tribune. “Often in these kinds of cases, there’s not just one victim,” he added. "This is behavior that’s repeated.”

A three-star recruit out of Miami Central High School, Perriman was a 2018 redshirt who played 10 games in 2019.