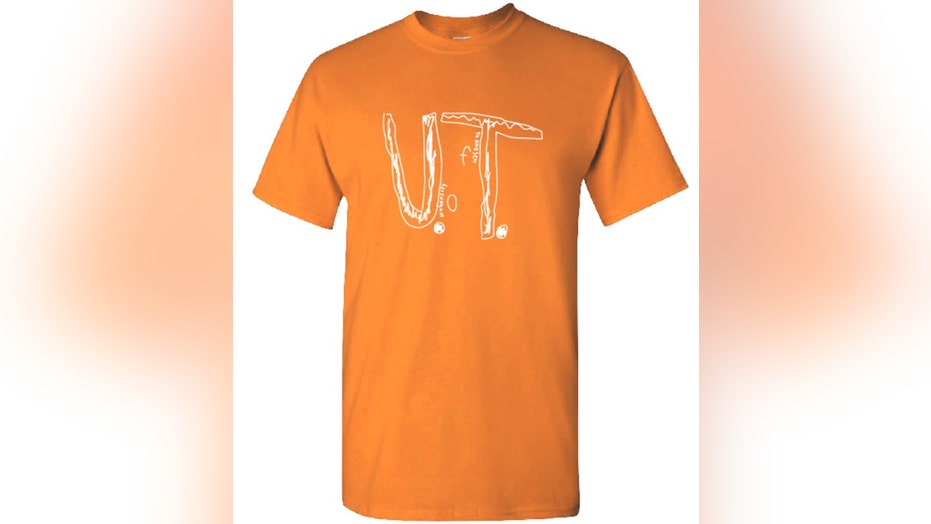 The young University of Tennessee fan who was bullied last week for a homemade shirt he wore to his school’s collegiate day was shown an outpouring of support that has since inspired the university to make his design into an official piece of apparel.

Laura Snyder, an elementary school teacher in Altamonte Springs, Fla., shared a post on Facebook about a young Vols fan who she said was bullied by girls at his school over a T-shirt he was previously excited to wear for his school’s college color day.

Snyder described how the young boy wanted to show his support for the University of Tennessee but didn’t have a school shirt. She suggested he wear an orange shirt.

“He told me every day leading up to it that he had an orange shirt that he was going to wear. So when the day finally arrived, he was SO EXCITED to show me his shirt. I was impressed that he took it one step further to make his own label,” her post read.”

Snyder was surprised, then, when she saw the student crying at his desk after lunch.

“Some girls at the lunch table next to his (who didn’t even participate in college colors day) had made fun of his sign that he had attached to his shirt. He was DEVASTATED," she wrote. "I know kids can be cruel, I am aware that it’s not the fanciest sign, BUT this kid used the resources he had available to him to participate in a spirit day.”

The teacher, obviously touched by the student’s attempt, said she was going to get him his own shirt but posted the story to social media to try and get in contact with someone from the university.

Her expectations were surpassed.

Not only did the University of Tennessee send a box full of “swag” – so that the student would never run out of options to show his Vols pride – but they also announced that they would be designing an official school shirt after his own creation.

‘“I’m not even sure I can put into words his reaction. It was so heartwarming. My student was so amazed at all the goodies in the box. He proudly put on the jersey and one of the many hats in the box,” Snyder shared in an updated post.

“When I told him that his design was being made into a real shirt and people wanted to wear it, his jaw dropped. He had a big smile on his face, walked taller, and I could tell his confidence grew today! Thank you to the UT Nation for that!!”

The school’s official shop confirmed the news in a tweet announcing that a portion of the proceeds will go to an anti-bullying foundation.

Snyder said that despite being bullied, the boy couldn’t wait to share some of the swag he had received with his fellow classmates.

“My student got to pass out UT swag to his classmates. They were ecstatic!!” she said. “While the kids were filling water bottles and waiting to water down their towels, it made this teacher so proud to see the kids congratulating my student. High fives, hugs, pats on the back could be seen from the kids. This experience is uniting my class even more than I could have imagined, and it was truly amazing to witness!!”

Snyder, a Florida State Seminoles fan herself, said even she was looking forward to wearing her student’s design.

The principal of the boy’s school objects to the characterization that he was bullied, and told Fox News in an email the situation was simply that “the girls teased the boy about his shirt.”