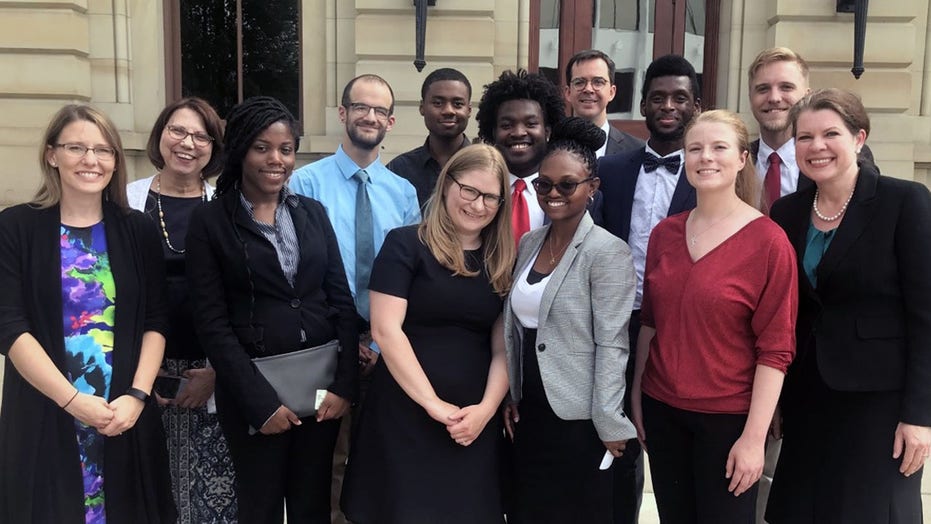 A prominent Christian student organization has sued its university, claiming the group was targeted because of its religious beliefs.

In 2017, Wayne State University kicked Intervarsity Christian Fellowship off campus because it required its leaders to be Christians. It was only when the student group, which had been on campus for 75 years, threatened to sue in March 2018 that the Detroit school reversed its decision, according to a federal lawsuit.

The university claims the InterVarsity Christian Fellowship is just trying to use this case to "set a precedent." But Becket, the civil liberties firm hired by the student group, argues the school still stands by its original interpretation that claims InterVarsity is "discriminating in violating of the law and could be kicked off at any time."

"We are proud of and love our university, so we were saddened in fall 2017, when Wayne State deregistered our group, canceled our meetings, kicked us out of campus group events, and made us pay thousands of dollars to use campus space that other groups got for free, all simply because we asked that our student leaders believe our Christian faith, just as we have for over 75 years before," Deaunai Montgomery, a student from InterVarsity Christian Fellowship, said Wednesday outside the courtroom.

"As a Christian, we need our leaders to sincerely believe that what they teach us about Jesus is true," Montgomery added. "To be clear, we want everyone to feel welcome to attend our group, but why should our Bible studies, prayer, and worship be led by someone who doesn't believe those things?"

The student leader points to the college's "unfair" rule that allows 90 other student groups -- including political, sports, and fraternities -- to have leadership requirements.

"Wayne State insisted on treating us different than everyone else," Montgomery said. "We asked Wayne State to end its double standard but it refused. Only when we asked the court for help did we get allowed back on campus, but even then, Wayne State said we were violating school policy and it would kick us off at any time. That means we've been stuck in a long legal battle for the right to equal access to the campus community."

The university insists it "immediately recertified the group as an official organization" in 2018 and that it "remains a recognized student group that is allowed to select its leaders."

A Michigan university stripped the official status of a Christian student group on campus because it required its leaders to be Christians. (Wayne State University)

"Wayne State has taken no action to withdraw recognition from InterVarsity and the group remains welcome on our campus," Matt Lockwood, Wayne State director of communications, told Fox News. "Nevertheless, InterVarsity continues to pursue litigation against the university forcing it to spend taxpayer dollars to defend the lawsuit. This is a case of the national organization trying to set a precedent.”

Greg Jao, director of external relations at InterVarsity Christian Fellowship/USA, which has over 1,100 chapters in schools across the nation, said the group is on campus to serve Wayne State, its students, faculty, and local community.

“We invite the university to embrace a common-sense understanding of its nondiscrimination policy," Jao said in a statement. "The policy should protect, rather than penalize, religious groups that seek to retain their religious identity on campus.”

The district court is expected to issue a decision this fall.