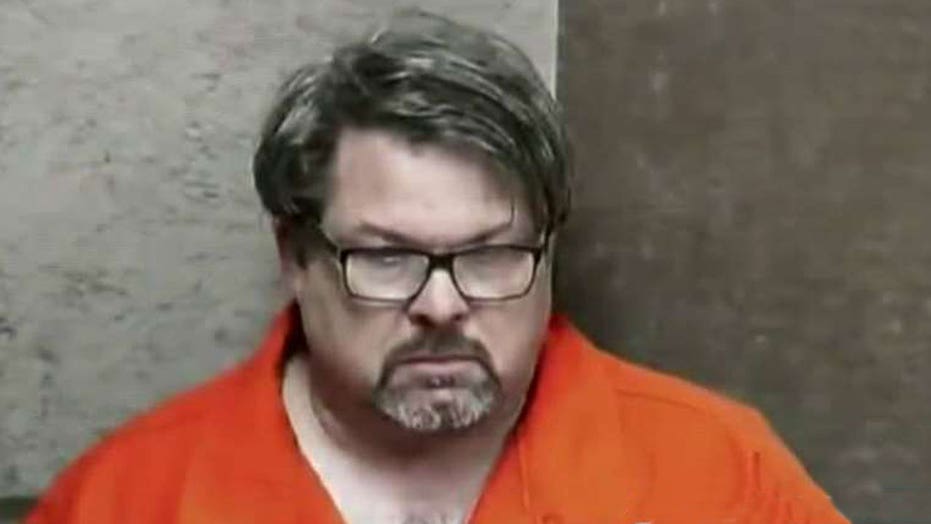 The ridesharing service Uber acknowledged Monday that it had received at least one complaint about Kalamazoo shooting suspect Jason Dalton shortly before he began his alleged rampage that killed six people and injured 2 others Saturday.

The company's disclosure came on the same day Kalamazoo County Prosecutor Jeff Getting said that Dalton, 45, picked up Uber fares after the first shooting, at around 6 p.m. Saturday evening, and probably got more riders after subsequent shootings that night.

Passenger Matt Mellen told WWMT that that he hailed a ride at around 4:30 p.m. Saturday, more than an hour before the shootings began. Mellen said Dalton introduced himself as "Me-Me" and had a dog in the backseat.

Mellen sat in front. About a mile into the trip, Dalton got a phone call, and when he hung up, he began driving recklessly, blowing through stop signs and sideswiping cars, Mellen said.

"We were driving through medians, driving through the lawn, speeding along, and when we came to a stop, I jumped out of the car and ran away," Mellen said. He said he called police and that when he got to his friend's house, his fiancée, Mckenzie Waite, posted a warning to friends on Facebook.

"I'm upset because I tried contacting Uber after I had talked to the police, saying that we needed to get this guy off the road," Mellen told the station.

An Uber spokesperson confirmed to The Guardian that the company had received a complaint about Dalton Saturday, but had not prioritized it because it was about erratic driving rather than a report of physical violence.

"Remember we’re doing 3 million rides a day. How do you prioritize that feedback and how do you think about it?," the spokesperson said. "Because we get a lot of people saying bad driving and there’s two sides to that and sometimes, it’s not fair to deactivate them or not give them a warning."

When alerted to unsafe driving, Uber policy is to contact the driver. The Uber spokesperson contacted by the Guardian, who did not want to be quoted by name, said the company had not managed to speak with Dalton by the time of the shootings.

Dalton passed a background check and became a driver on Jan. 25. He had given about 100 rides, the company said.

Kalamazoo County Sheriff Richard Fuller said Uber is cooperating with law enforcement officials, and he believes the company will "help us fill in some timeline gaps."

Investigators are particularly interested in communication between Dalton and Uber, as well as customers he might have driven, the sheriff said.

The attacks began outside the Meadows apartment complex on the eastern edge of Kalamazoo County, where a woman was shot multiple times. She survived.

A little more than four hours later and 15 miles away, a father and his 17-year-old son were fatally shot while looking at cars at a car dealership.

Fifteen minutes after that, five people were gunned down in the parking lot of a Cracker Barrel restaurant. Four of them died. A 14-year-old girl survived with a head wound and was hospitalized in critical condition.

Dalton appeared briefly in court by video link Monday and was charged with six counts of murder. A judge denied him bail.

Dalton admitted "that he took people's lives," Kalamazoo police Det. Cory Ghiringhelli told the court. The murder charges carry a mandatory life sentence. Michigan does not have the death penalty.

Police and prosecutors have not provided a motive. The victims had no apparent connection to the gunman.

Getting dismissed the idea that Dalton was seeking a particular person when authorities say he shot the first victim. The prosecutor said Dalton called the woman by a different name only "to get her attention" before shooting her outside of her apartment.

Questions about motive and Dalton's frame of mind are "going to be the hardest to answer for anybody," Fuller said. He expects some answers to emerge in court, but he doubts they will be satisfying.

"In the end, I ask people, because I keep hearing this question of why, 'What would be the answer that would be an acceptable answer for you?' They have to think about it for a moment, and they say, 'Probably nothing.'

"I have to say, 'You are probably correct.' I can't imagine what the answer would be that would let us go, 'OK, we understand now.' Because we are not going to understand," the sheriff said.

Many handguns and long guns were seized from Dalton's home. But there was no indication that he was prohibited from owning the weapons, said Donald Dawkins, a Detroit-based spokesman for the U.S. Bureau of Alcohol, Tobacco, Firearms and Explosives, which was assisting police.

In a statement issued Monday, Dalton's family offered condolences to the families of the victims and thanked law-enforcement officials, saying their "quick and decisive action prevented any further acts of violence."

The family said it planned to help authorities with the investigation.