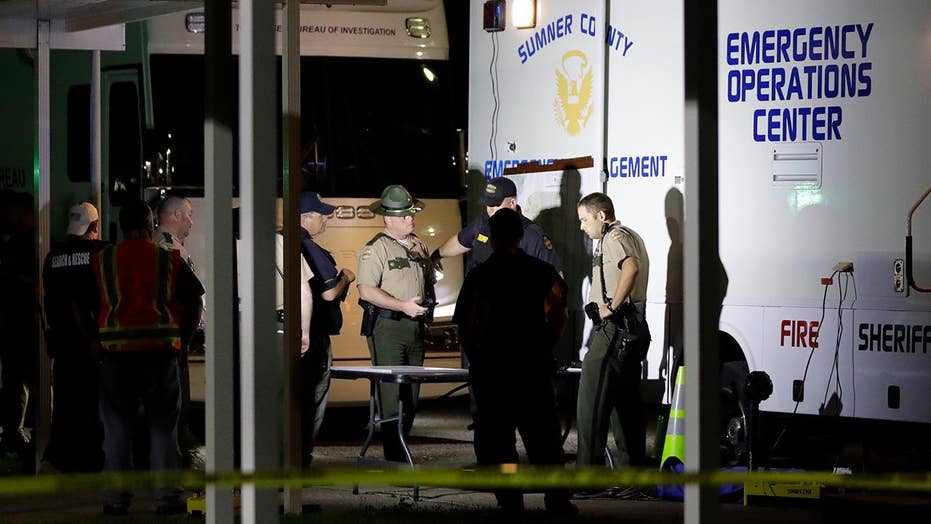 Authorities said that seven bodies have been discovered at two homes in rural Tennessee; Jonathan Serrie reports from Atlanta.

Authorities said Sunday that seven bodies have been discovered at two homes in rural Tennessee, six of them in one location.

The bodies were found as investigators continue to process two homes in Westmoreland where the alleged murders took place, the Tennessee Bureau of Investigation (TBI) said.

RELATED: 'PERSON OF INTEREST' IN 5 DEATHS IS SHOT, CAPTURED IN TENNESSEE, AUTHORITIES SAY

Michael Cummins, 25, was shot and arrested Saturday night after an hours-long manhunt roughly a mile away from one of the crime scenes, according to officials.

Investigators said Saturday that police officers responding to a 911 call discovered four bodies and an injured person in one home and the fifth body in another home. On Sunday, the bureau said two more bodies were discovered in the first house.

Authorities are working to identify the victims. The Tennessean newspaper reported that a 12-year-old girl was among the dead and that many of the victims were close relatives of the suspect.

The injured victim was in critical condition Sunday evening.

"I’ve been district attorney since 1980, and I’ve never seen anything close to this before,” Sumner County District Attorney Ray Whitley told The Tennessean. “Everybody’s shocked about it and upset about it. It’s something very, very hard to grasp."

The TBI believes the scenes at the two homes in Sumner County are related, but have not released further information about the shootings or about what kind of weapon was used.

TBI spokesperson Josh DeVine told The Associated Press on Saturday that at least one officer fired at Cummins after he emerged from the woods, where he is believed to have produced multiple weapons and the situation escalated.

He was then taken to a hospital for treatment of injuries that are not believed to be life-threatening, DeVine said. None of the responding officers were hurt in the incident.