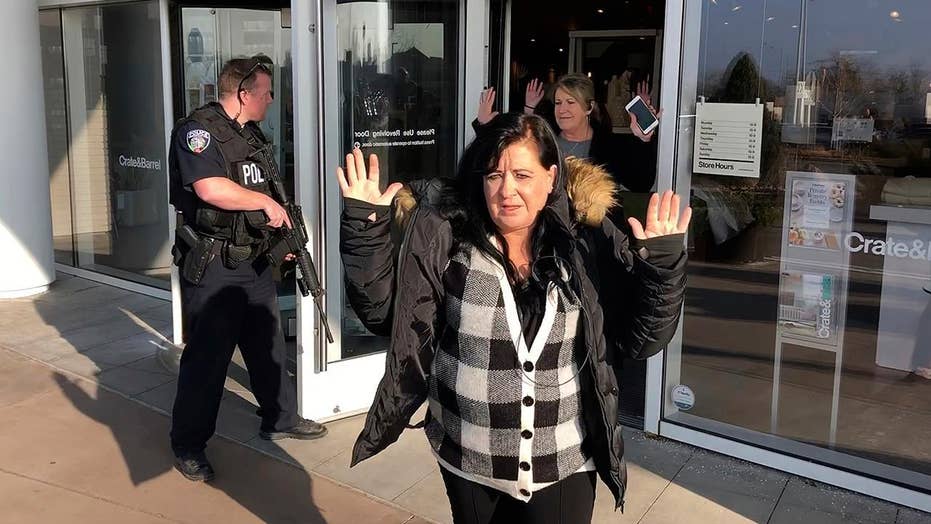 Police are searching for three suspects after shooting sparked the evacuation of the Fashion Place Mall.

A man and a woman in their early 20s were wounded in a “possibly gang-related” shooting at a Utah mall, authorities said Sunday.

Murray Police Officer Kenny Bass said the man was in critical condition while the woman was in serious condition. Both were being treated at a hospital.

Bass told Fox 13 that authorities were looking for three people who fled the mall in light-colored hoodies or sweatshirts and dark pants. He added that no other victims or suspects were found inside the mall.

Hundreds of scared shoppers hunkered down in back rooms and storage areas until police arrived to evacuate the building. Shoppers were escorted out of the mall holding their hands in the air.

The Fashion Place mall is a highly visited shopping center in the heart of the Salt Lake City metro area that includes stores such as Crate and Barrel, Macy’s and Nordstrom.

Crate and Barrel employee Danielle Calacino told The Associated Press that she saw people running out of the mall after an alarm blared. She said 10 to 12 employees and around 20 customers hid in the store’s upstairs stockroom. She said police escorted them out after about 40 minutes.

“We were mostly all quiet and in shock,” said Calacino, a 21-year-old student at the University of Utah.

She said she learned there was a shooting from a message on the intercom. Everyone immediately got on their phones, she said, to learn what was happening. Friends were texting to ask if she was OK. Some people were crying.

The mall said in a tweet it was “very saddened by the incident” and grateful for the actions of security and Murray police.

Stella Fonseca, an assistant manager at Claire’s, told The Salt Lake Tribune that she helped barricade a back room with filing cabinets and lockers to hide herself, other employees and four customers,

“There was a sense of panic,” she said.

Rebecca Madsen, who was working at a chocolate kiosk in the mall, told the Deseret News that she was also in the back of Claire’s.

“It’s fight or flight,” Madsen said, wiping away tears. “I just prayed to God and asked for help and protection.”