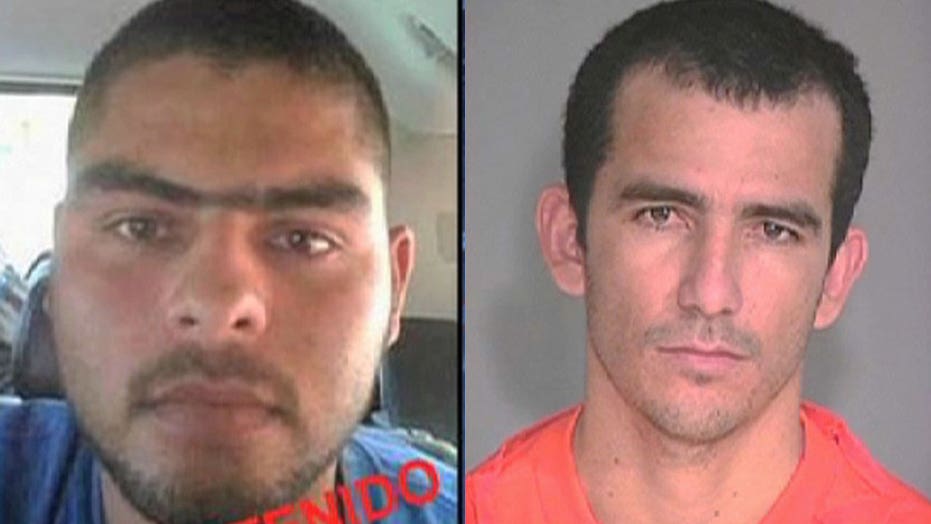 The 12 jurors found Ivan Soto-Barraza and Jesus Sanchez-Meza guilty on nine different charges, including first-degree murder and attempted armed robbery. They deliberated for just over three hours at the U.S. District Court in Tucson, AZ.

The two defendants showed little emotion when the verdict was read. They face a sentence of life in prison at their next court appearance Dec. 9.

Prosecutors say Soto-Barraza and Sanchez-Meza were part of a five-man cartel “rip crew,” regularly patrolling a remote part of the Arizona desert for drug smugglers to rob at gunpoint.

Terry’s death exposed the bungled federal gun-tracking operation known as “Operation Fast and Furious,” after investigators found two AK47-style weapons that had been lost from the program at the scene of the murder.

Under the Fast and Furious operation, agents from the Bureau of Alcohol, Tobacco, Firearms and Explosives allowed criminals to buy guns with the intention of tracking the weapons. But the agency lost most of the guns, including two that were found at scene of Terry's death.

The operation set off a political firestorm, led to congressional investigations and became a major distraction for President Barack Obama in his first term.

The judge in the murder case restricted any mention of Fast and Furious, but it still marked the first trial for any defendants in the case. Two suspects have already pleaded guilty, and two others remain fugitives.

Terry was part of a four-man Border Patrol “interdiction team” tasked with finding and arresting cartel members. His fellow agents delivered emotional testimony during the trial, describing how the “rip crew” began firing indiscriminately in their direction after their paths crossed on December 14, 2010.

Terry never had a chance to fire. He died of a gunshot wound that entered through his back.

Border Patrol Agent William Castaño broke down in tears on the stand, testifying on how he tried to administer first aid to a dying Terry.

According to testimony from former FBI agent Todd Polley, both Sanchez-Meza and Soto-Barraza confessed to being there that night with the intention of robbing drug smugglers in the area at gunpoint.

Witness' testimony also placed items containing the co-defendants’ DNA and fingerprints at the scene of the crime.

During closing arguments, Federal Prosecutor Todd Robinson said it didn’t matter if either one of the defendants actually fired the shot that killed Terry. The defendants’ attempt to commit the felony act of armed robbery - and Terry’s resulting death - meant they also were both guilty of felony murder, he said.