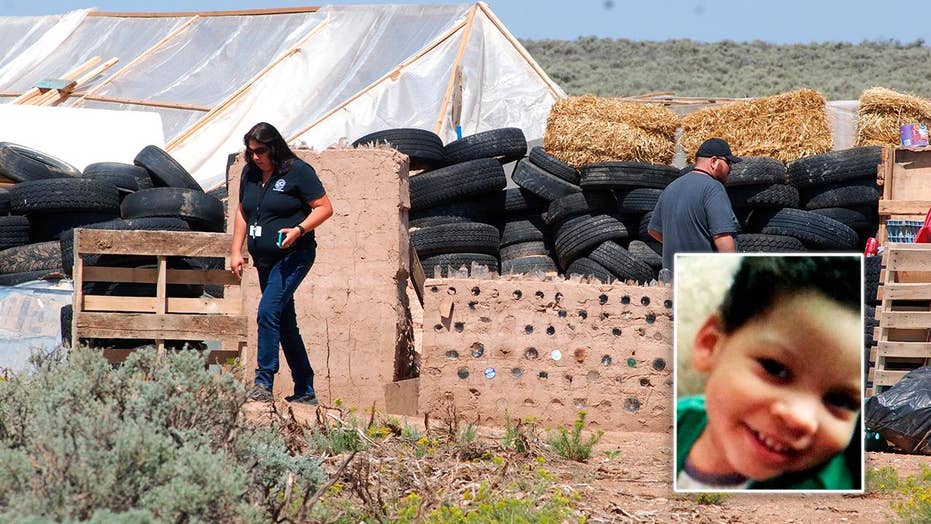 Remains located at 'extremist Muslim' compound positively identified as the missing 3-year-old son of one of the suspects; Alicia Acuna reports on if additional charges are coming.

Authorities in New Mexico announced new charges Friday against two adults previously arrested at a compound linked to “extremist Muslims" regarding the death of a missing 3-year-old boy.

Siraj Ibn Wahhaj, the boy’s father, and Jany Leveille were charged with abuse of a child resulting in the death of a child and conspiracy to commit abuse of a child, Taos County Sheriff Jerry Hogrefe said in a Friday news release.

The new allegations come after health officials last week revealed a child’s remains that had been located at the compound were positively identified by the Office of the Medical Investigator as Abdul-Ghani Wahhaj, the defendant’s son.

The cause of death was not released.

“This has been a very involved and lengthy process, but it is the only lawful way to build a solid criminal case,” Hogrefe said. “We now know the child died on December 24, 2017 and was concealed at the compound, which was suspected early in the investigation.”

Leveille, who earlier this month was transferred to the custody of U.S. Citizenship and Immigration Services (USCIS), was returned Thursday to the custody of Taos County, “where she is still being held on Federal immigration charges, as well as state charges for eleven counts of child abuse,” authorities said.

Leveille was returned to the custody of Taos County on Thursday “where she is still being held on Federal immigration charges, as well as state charges for eleven counts of child abuse,” authorities said. (Taos County Sheriff's Office)

The boy went missing in December in Jonesboro, Georgia. His mother reportedly told authorities he went missing after his father took him to a park in Clayton County and didn't return for several days.

Authorities discovered the child's body on Aug. 6, days after a raid at the compound, located near the Colorado state border. Taos County Sheriff's deputies discovered 11 children, who were taken into the custody of state child-welfare workers.

Five adults were arrested in total, including Siraj Ibn Wahhaj and Leveille.

During a court hearing this month, prosecutors said the children were trained to use firearms and were taught tactical skills in order to kill teachers, law enforcement and other institutions they deemed corrupt.

It was also reportedly announced the 3-year-old allegedly died amid a ritualistic religious ceremony intended to “cast out demonic spirits.”