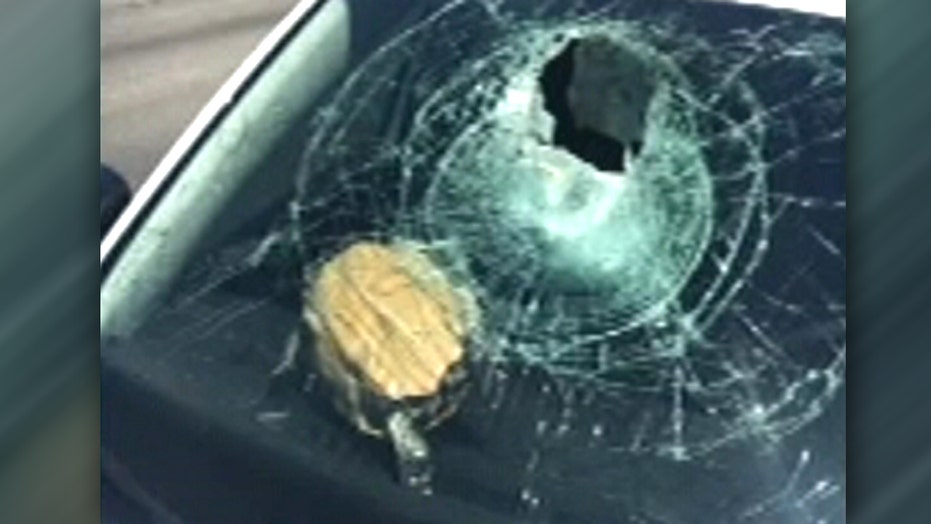 A Florida motorist gets the scare of her life

A motorist had the scare of her life when a large turtle crashed through her windshield on a Florida highway.

The run-in with the turtle on I-4 in Volusia County Monday startled Nicloe Bjanes, Fox 35 Orlando reports.

“I was in the middle lane and the car ahead of me to the left hit a turtle crossing the road which propelled it back through my windshield, hit the seat and back on to the dashboard,” she told the station.

She pulled off the highway to assess the damage.

“When I stopped and looked over that's when I realized there's an animal in my dashboard and the legs were moving and I was a little freaked out at that point,” she told the station.

She snapped pictures of the turtle lodged between her shattered windshield and the dashboard and posted them on Facebook.