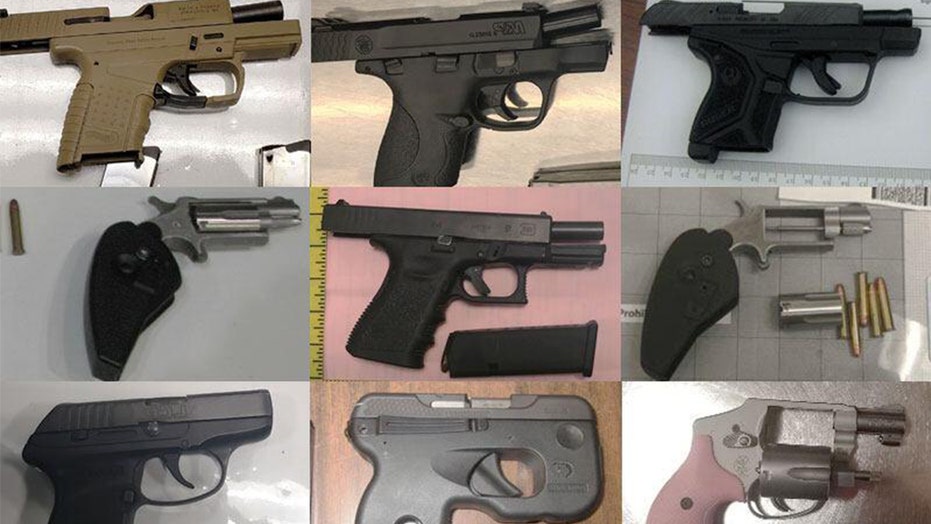 Nearly a dozen guns a day were discovered in carry-on bags or on passengers at airport checkpoints across the country, resulting in 4,432 firearms in total in 2019, according to a report released Wednesday by the Transportation Security Administration (TSA).

“The continued increase in the number of firearms that travelers bring to airport checkpoints is deeply troubling,” TSA Administrator David Pekoske said in a statement. “There is a proper way to travel safely with a firearm. First and foremost, it should be unloaded. Then it should be packed in a hard-sided locked case, taken to the airline check-in counter to be declared, and checked.”

Firearms are prohibited from being brought on an aircraft, but TSA said 87 percent of those detected -- 3,863 guns -- at the 278 airport checkpoints across the country were loaded. Thirty-four percent -- 1,507 guns -- had a round of ammunition chambered.

The five percent uptick from 2018 -- when 4,239 guns were detected -- signaled the largest number of unauthorized guns attempting to pass through security checkpoints than ever before in the TSA's 18-year history.

The number has been steadily increasing over the past 10 years, according to TSA.

In addition to checking firearms in the appropriate luggage, TSA reminded passengers that ammunition must also be transported in its original case even if the box of ammunition is not full, and checked in at an airline counter.

Firearms are transported with checked baggage and are placed in the cargo hold of the aircraft.

Carrying an undeclared firearm through TSA security checkpoints can result in federal civil penalties of up to $13,000, depending on the weapon, according to TSA. A typical first offense for carrying a handgun into a checkpoint is $4,100 and can even result in an arrest.