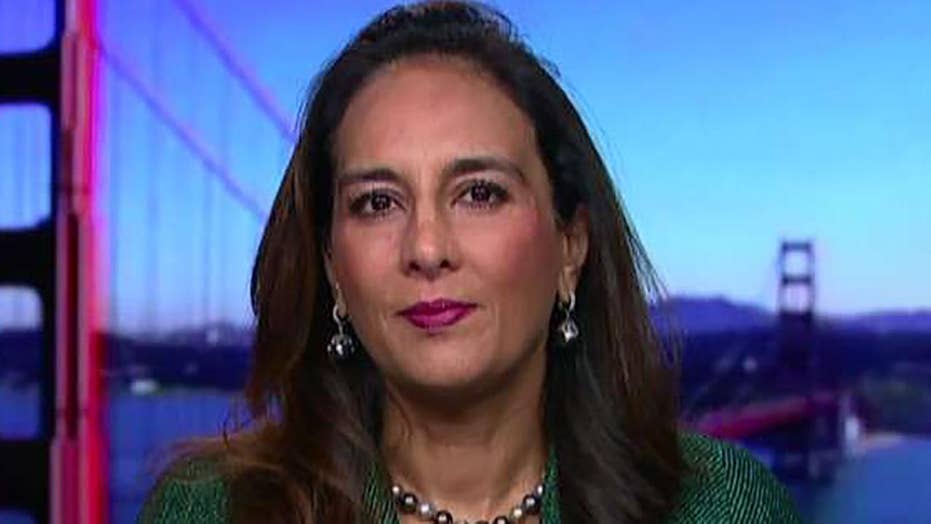 Supporters of then-presidential candidate Donald Trump who were met with flying eggs and punches from counter protesters during a June 2016 San Jose campaign rally can sue the city’s police for allegedly failing to protect them, a new court ruling said.

Trump supporters – many sporting red Make America Great Again hats – who were attending a rally at the McEnery Convention Center were met with hundreds of anti-Trump protesters as they were shepherded out of the building via a single exit.

The suit's 20 plaintiffs claim in a lawsuit that police knowingly ordered them to leave through an exit where protesters were waiting, despite the existence of a safer route and other exits, the San Francisco Chronicle reported last week.

The plaintiff's said they were beaten or struck by objects thrown by the protesters. Initial accounts of the events also said at least one woman was pelted by an egg after a crowd of demonstrators surrounded her, as seen in video of the incident.

One plaintiff claims an officer told her police had been instructed not to intervene in the melee.

The lawsuit says police arrested three people for allegedly assaulting officers at the scene, but no one for attacking Trump supporters, the Chronicle reported.

Why didn't San Jose police do more to stop protesters?

On Friday, the Ninth U.S. Circuit Court of Appeals in San Francisco said, if the allegations are true, “the officers acted with deliberate indifference to a known and obvious danger” and violated the constitutional rights of Trump supporters.

San Jose Police Chief Eddie Garcia praised the officers after the rally for “their effectiveness and their restraint,” while the city’s lawyers said officers did not create the danger and should not be second-guessed for legitimate law enforcement decisions.

However, the court said the officers on duty, according to the allegations, had known about violence at past pro-Trump rallies.

“The attendees allege the officers shepherded them into a violent crowd of protesters and actively prevented them from reaching safety,” Judge Dorothy Nelson said in the 3-0 ruling that upheld a federal judge’s refusal to dismiss the suit. “The officers continued to implement this plan even while witnessing the violence firsthand.”

The court said that if the plaintiffs can prove their allegations, they would show police increased the danger to Trump supporters and knowingly exposed them to risk.

San Jose City attorney, Richard Doyle, told the Chronicle the city disagrees with the court’s view of the law on police liability and his office would consult with the City Council on a possible appeal.