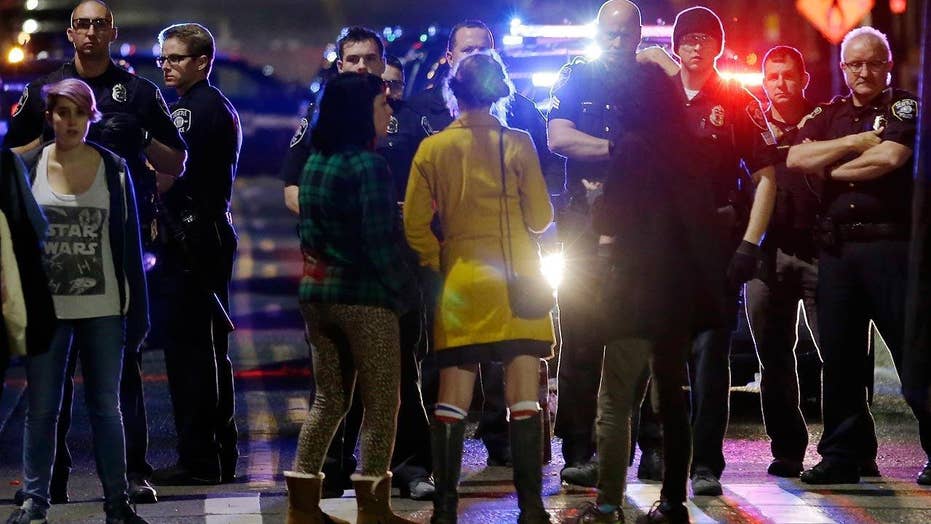 With tens of thousands of people taking to the streets to protest Donald Trump’s presidential election victory, questions are swirling about whether the anger is as organic as advertised.

From coast to coast, demonstrators are burning flags and effigies of the president-elect while declaring that they refuse to accept Trump’s victory. But observers online are claiming that, in some cases, protesters were bused to the scenes - a telltale sign of coordination.

“Anti-Trump protestors in Austin today are not as organic as they seem,” one local in the Texas capitol tweeted Wednesday, along with photos offered as evidence.

Anti-Trump protestors in Austin today are not as organic as they seem. Here are the busses they came in. #fakeprotests #trump2016 #austin pic.twitter.com/VxhP7t6OUI

Others claimed to have found ads posted on CraigsList in which a Seattle-based non-profit was soliciting “Full-Time Activists.”

“We are looking for motivated individuals who are seeking Full-Time, Part-Time, and Permanent positions,” reads a line from the ad from Washington CAN! posted on Wednesday.

Rumors have also been circulating that the new batch of anti-Trump protesters has been bankrolled by individuals like billionaire liberal activist George Soros and groups like Moveon.org.

“WTF, @georgesoros busing in & paying #protestors to destroy cities is domestic #terrorism. #fakeProtests #BlueLivesMatter have tough days,” read one tweet in response to the viral picture of buses in Austin.

Another theory floated on social media is that many of the signs that were distributed at rallies across the country appeared to be exactly the same, indicating they were printed and distributed by an organized group.

Wednesday’s protests occurred in nearly every major city, and more are expected to come in the days leading up to President-elect Donald Trump’s inauguration.

Some of the most troubling dissent was in the city of New
Orleans where protesters wound up defacing the Lee Memorial, spray painting “Die Whites Die” and “F--- Trump” and “F--- White People.”

The Lee Memorial in New orleans was defaced during protests on Wednesday night.

Other messages scrawled on the memorial included "F--- Pence" and "We are ungovernable" next to a symbol of the letter "A" in a circle -- protester shorthand for anarchy.

In Chicago, several thousand people marched through the Loop. They gathered outside Trump Tower, chanting “Not my president!” One resident, Michael Burke, told The Associated Press that the president-elect will divide the nation and stir up a deep-seated hatred.

Hundreds of protesters gathered near Philadelphia's City Hall despite chilly, wet weather. Participants — who included both supporters of Democratic nominee Hillary Clinton and independent Vermont Sen. Bernie Sanders, who lost to Clinton in the primary — expressed anger at both Republicans and Democrats over the election's outcome.

In Boston, thousands of anti-Trump protesters streamed through downtown, chanting "Trump's a racist," and carrying signs that said "Impeach Trump" and "Abolish Electoral College." Clinton appeared to be on pace to win the popular vote, despite losing the electoral count that decides the presidential race.

In the Midwest, protesters gathered in Minneapolis, Omaha, Nebraska and Kansas City. Mo. The Des Moines Register also reported that Iowa’s capital city saw some people protest as well, though it was kept to small numbers.

On the West Coast, some of the protests became unruly with fires being started. Thousands of protesters burned a giant papier mache Trump head in Los Angeles and started fires in Oakland intersections.

Late in the evening Wednesday, several hundred people blocked one of the city's busiest freeways, U.S. 101 between downtown and Hollywood.