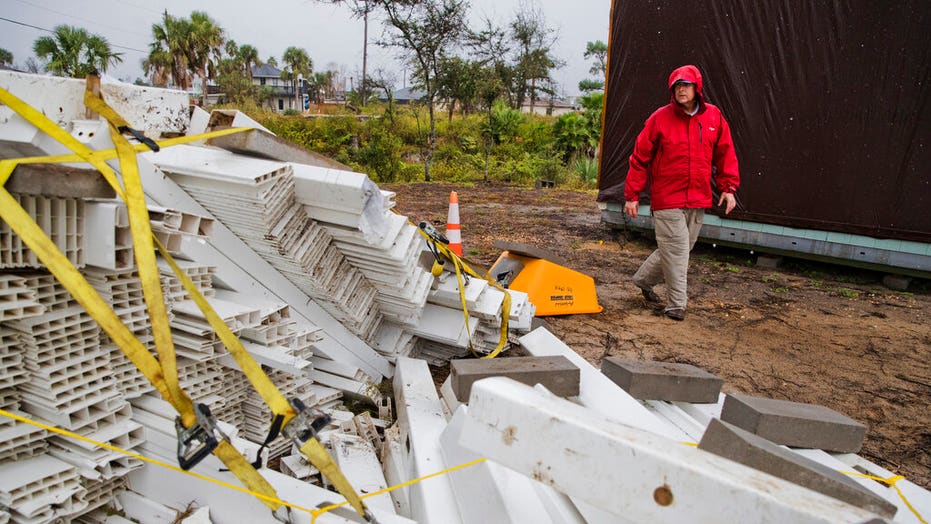 Forecasters are predicting that despite high winds, surging seas and heavy rain along the Gulf Coast, Tropical Storm Nester is not expected to morph into a hurricane, much to the relief of states in the storm's path that were more than 75 percent devastated by Hurricane Michael just last year.

The National Hurricane Center predicted that conditions along the coast late Friday into early Saturday are expected to deteriorate as Nestor makes landfall around the coast of Mexico Beach on Saturday morning without strengthening into a hurricane.

Florida officials said they activated the state's emergency operations center at its lowest level and are not bracing for life-threatening or devastating damage. Even heavy rainfall -- which is expected to be 2 to 4 inches from the central Gulf Coast to the eastern Carolinas, and up to 6 inches in some spots -- will be a welcome change for areas suffering from a severe drought.

"We've done very little preparation only because there's nothing really to prepare for," Mexico City Beach Mayor Al Cathey said, according to reports by The Associated Press. "We haven't seen any alarm at all."

Forecasters said that as of 4 p.m. ET Friday, the storm was about 150 miles south-southeast of the mouth of the Mississippi River, or about 280 miles southwest of Panama City, Fla. It had top sustained winds of 60 mph and was moving to the northeast at 22 mph.

Conditions in parts of Alabama, Georgia and northern Florida, reaching into the Carolinas and Virginia, may include blustery winds and heavy rain through Sunday.

The Coast Guard predicted dangerous rip currents and sea levels that could rise to 20 feet around Panama City, a bustling tourist beach destination at this time of year.

Nester also impeded attempts by officials to use explosives to topple the damaged construction cranes that remain unstable after the Hard Rock Hotel in New Orleans partially collapsed last week, causing them to delay the efforts until after the storm.