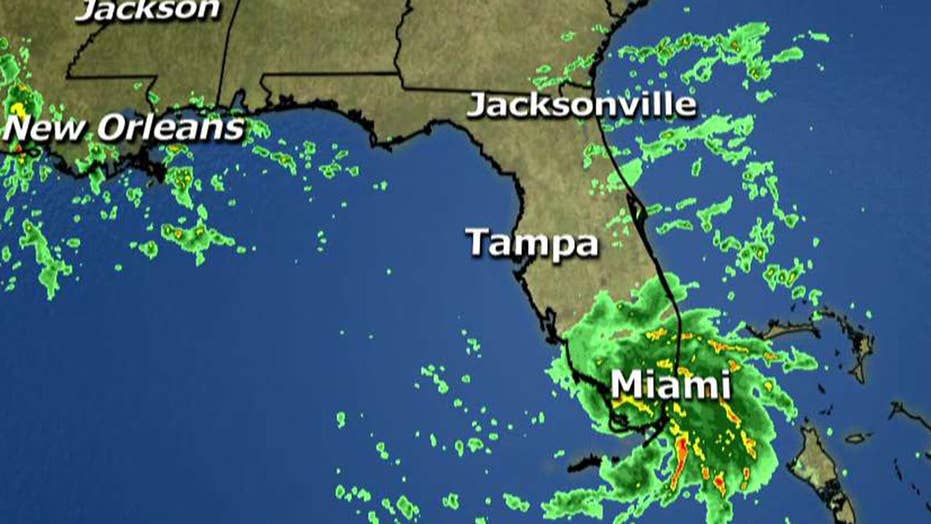 Tropical storm warning issued for parts of the Gulf Coast

Tropical Storm Gordon was already battering South Florida on Monday as meteorologists issued tropical storm warning for the region from the Florida Keys to the upper Gulf Coast.

Periods of heavy rain were expected to continue Monday through the late afternoon with a possibility of flooding, gusty winds and isolated tornadoes, according to the National Weather Service.

“It’s not expected to be a hurricane, winds will be there around 45 miles per hour, mostly it’s going to be a rainmaker for a lot of these areas,” Fox News Channel Meteorologist Adam Klotz said.

The NWS said in its 8:30 a.m. EDT advisory the storm was centered 20 miles west of Key Largo and 85 miles southeast of Marco Island.

The storm was moving west-northwest at 17 mph. Maximum sustained winds were clocked at 45 mph with most of the rain centered on the Miami area.

Rain is the main concern as South Florida is expected to get 2-4 inches Monday with 4-6 inches on the Gulf Coast.