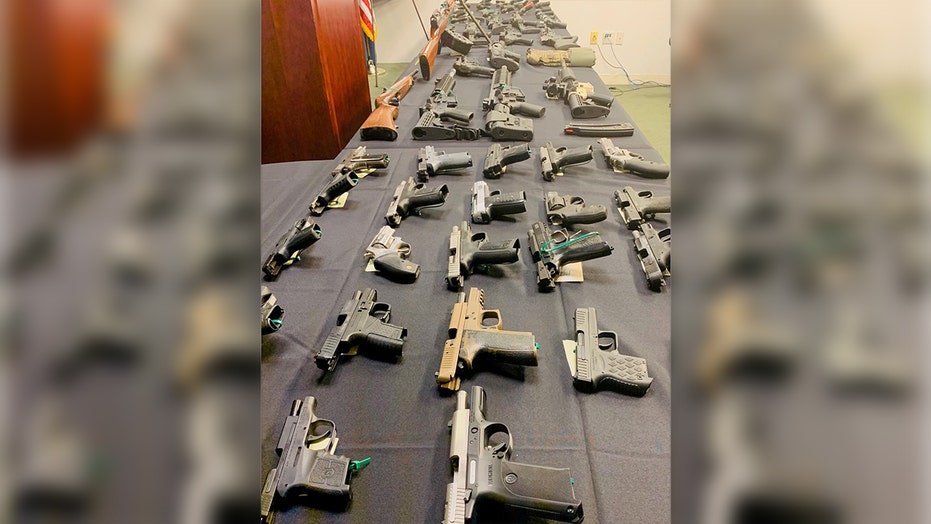 A two-year undercover investigation targeting the violent New York City Trinitarios gang has led to 32 arrests and the seizure of 79 guns in a Boston suburb.

Eighteen of those arrested as part of “Operation Emerald Crush” in Lawrence were Trinitarios members and associates, prosecutors said.

They displayed the guns undercover officers purchased during the investigation at a news conference in Boston Friday.

“The guns on the table show you why gun violence is not a local but a national problem,” U.S. Attorney Andrew Lelling said, according to CBS 4 Boston.

“These guns did not originate in Massachusetts,” he said. “Many, if not most of them, were purchased in other states and eventually lost or stolen after which they wound up on the streets.”

Two of the seized guns had been used in shootings, the station reported.

The Trinitarios gang has spread to New England from New York, according to the station.

The gang, known for its ruthlessness according to members of the New York Police Department, came to national attention after video recorded members of the gang killing 15-year-old boy Lesandro “Junior” Guzman-Feliz last year in the Bronx. The gang mistook the boy for a rival gang member.

Those participating in the bust included the FBI, U.S. Immigration and Customs Enforcement and the Lawrence Police Department.