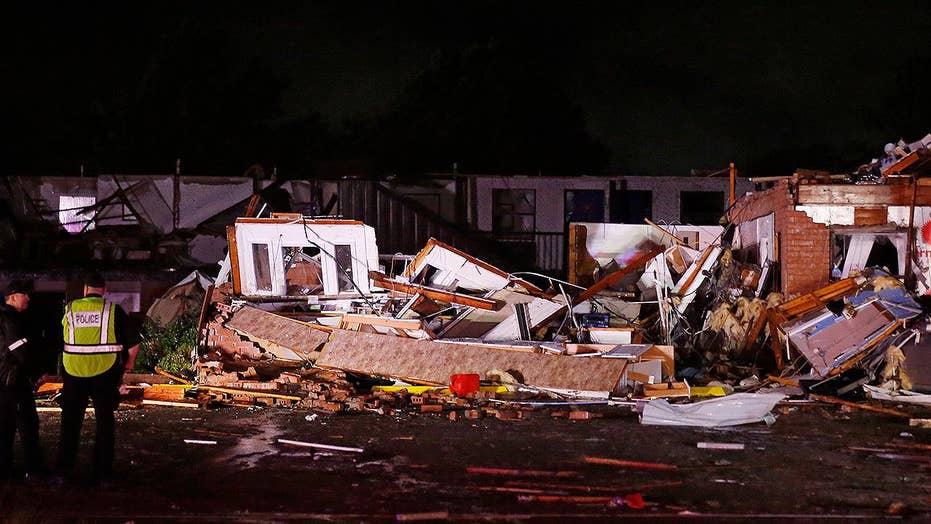 Severe damage, including fatalities, occurred after a likely tornado struck in El Reno, Okla., on Saturday night, according to local police and media reports.

The powerful gust leveled the second story of a motel and killed at least two people at a mobile-home park in the area, reports said.

The police department in nearby Union City, Okla., confirmed in a Facebook post that "serious injuries and fatalities" occurred, but did not provide details.

The tornado is believed to have touched down in the area of Highway 81 and Interstate 40, FOX 25 of Oklahoma City reported.

Later, the mayor confirmed that at least two people were killed at the trailer park.

"You could hear the roar and everything when it came through," Richard Griffin, a resident of the Skyview Mobile Home Park, told the Oklahoman.

"You could hear the roar and everything when it came through."

Near the motel, a reporter for Oklahoma City’s KWTV-TV reported seeing victims "pulled from the rubble."

The American Budget Value Inn was heavily damaged by the storm. Images at the scene showed emergency crews sifting through the rubble after part of the motel's second story collapsed into a pile of debris strewn about the first floor and parking lot.

Elsewhere, overturned cars and twisted metal could be seen briefly as intermittent lightning flashed across the sky and the wailing sirens of approaching emergency vehicles could be heard in the distance.

"We have absolutely experienced a traumatic event," Mayor White said during a news conference early Sunday.

'All hands on deck'

At the Sunday news conference, the mayor expressed confidence that the small city would be able to recover from the disaster.

He added that the city was in an "all hands on deck" situation, but officials were still trying to assess how to transport first responders safely to affected areas.

"You will NOT be able to see these tornado [sic] so don't even bother looking. You will not have much time to get to shelter," the weather service warned.

The state and others in the central U.S. have been hit by heavy rains and flooding in recent weeks. On Thursday, Gov. Kevin Stitt praised the work of first responders and volunteers who have been providing help.